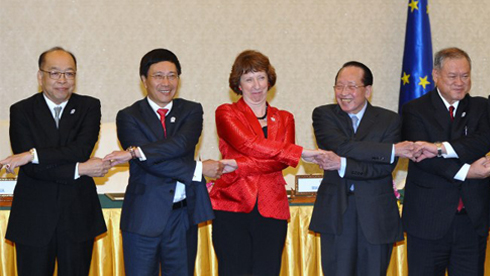 The Old Continent is still fit, thank you (2/2)

The European Union may have problems such as a low population growth and internal divisions, but it is still a dynamic power capable of choosing its own destiny, argue Mark Leonard and Hans Kundnani.

“Europe Has a Democratic Deficit”

The eurozone does, however, have a more fundamental legitimacy problem due to the way it was constructed. Although decisions are made by democratically elected leaders, the EU is a fundamentally technocratic project based on the “Monnet method,” named for French diplomat Jean Monnet, one of the founding fathers of an integrated Europe. This incremental strategy -- first a coal and steel community, then a single market, and finally a single currency -- took ever more areas out of the political sphere. But the more successful this project became, the more it restricted the powers of national governments and the more it fueled a populist backlash.

To solve the current crisis, member states and EU institutions are now taking new areas of economic policymaking out of the political sphere. Led by Germany, eurozone countries have signed up to a “fiscal compact” that commits them to austerity indefinitely. There is a real danger that this approach will lead to democracy without real choices: citizens will be able to change governments but not policies. So yes, European politics have a legitimacy problem; the solution is more likely to come from policy change rather than, say, giving yet more power to the European Parliament. Never mind what the skeptics say -- it already has plenty.