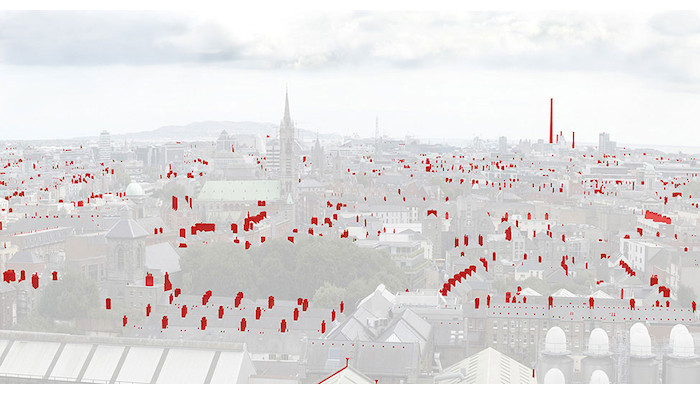 The spectre of Brexit hangs over the elections

The Brexit context colours this European Parliament campaign north and south of the border. The results in Northern Ireland will be stillborn if Brexit goes ahead, but the campaign gives those impatient with the old divides between Protestant unionists and Catholic nationalists an opportunity to voice new concerns.

Ireland currently tops Eurobarometer and other polls for its commitment to the European Union and feelings of regret if it were to disappear. A popular sense of security and solidarity extended to the country from Brussels during the Brexit crisis underlies that buoyancy. It can be seen in the European Parliament election campaign which has attracted relatively high profile candidates, is debating a mix of European, national and local issues and looks as if it will have a higher than usual turnout.

Ireland is most exposed to Brexit’s political and economic effects since the border dividing the Republic of Ireland and Northern Ireland would become the EU’s international border with the UK. To avoid disrupting the peace process in Northern Ireland and to protect the cross-border economic and political progress made since it was agreed in 1998 the EU has made a “backstop” or insurance policy to keep the border open after Brexit part of the withdrawal agreement with the UK. Effectively it would keep Northern Ireland in the EU’s customs union and single market no matter what happens to the rest of the UK.

Brexiteer Unionists and Conservatives reject the backstop because they say it restricts the ability to do independent trade deals and imperils the UK’s constitutional unity. That dilemma continues to plague British politics. This context is important to understand for other EU members watching Ireland. Historically the “Irish Question” proved a great difficulty in British politics, until it was removed by the settlement creating the two Irish states in 1921. It has now returned.

In its search for independent statehood from the British empire Irish nationalism sought continental allies in Spain, France and smaller countries, as well as in the United States. Hence its nationalism has an internationalist and liberal aspect, which has resonated well with EU membership. Being part of a wider European politics together helps mitigate British bilateral power and encourages a more equal relationship with the UK. Brexit endangers that and reminds Irish voters of these long-standing problems and solidarities. That shows up in their recent enthusiasm for EU membership – notwithstanding their more critical attitudes during the 2008-2012 financial crisis.
The Brexit context colours this European Parliament campaign north and south of the border. The results in Northern Ireland will be stillborn if Brexit goes ahead, but the campaign gives those impatient with the old divides between Protestant unionists and Catholic nationalists an opportunity to voice new concerns. That includes increasing public debate on social, cultural and economic priorities; on restoring power-sharing government suspended for two years; and on the possibility of a united Ireland which would stay in the EU, the shape that should take and when a border poll should be held.

In the Republic the campaign coincides with local elections, a referendum on divorce regulations and an anticipated general election postponed by the Brexit crisis. All help drive European issues up the political agenda, although, as elsewhere, they are entangled with national and regional ones. There is little or no popular support for Ireland leaving the EU, and so far Ireland does not have a right-wing populist party comparable to those elsewhere. In its absence Eurosceptic themes on immigration and Brussels interference are voiced by independent and maverick candidates hoping to make an impact.

The nationalist Sinn Fein party is a member of the European Left GUE/NGL group and presents a social democratic profile at national level, successfully competing with a weakened Labour Party. The two larger centre right or liberal centrist Fine Gael and Fianna Fail parties are both Europhile, the first in the EPP group and the other in the Liberal Alde one, and are expected to share most of the seats between them. Independent left-wing candidates could do well on transfers.

Ireland is vulnerable to criticisms for its low corporation taxes and alleged tax haven status for huge digital companies like Google, Amazon and Apple which have their European headquarters here. The issue is receiving more informed attention, but centrist parties reject the notion of any trade-offs for Brexit support. Similarly EU defence and security issues challenge traditional policies on Irish neutrality, but public debate is often under-informed and stereotyped, despite Ireland’s honourable record on international peacekeeping and development.
The Irish economy has a dual character between a highly internationalised multinational sector exporting globally and domestically-owned smaller companies employing more people and much more reliant on the British market, including beef and dairy production in agriculture. Regional imbalances between Dublin and the rest of the state show up in differential prosperity and employment.

These issues are prominent in the two non-Dublin constituencies which cover most of rural areas. Ireland’s overall prosperity and wealth means EU regional aid is no longer available as before, but much debate surrounds how to optimise EU membership benefits for underdeveloped regions. A similar paradox obtains in the climate debate. Ireland lags in policy implementation despite cross-party support now for declaring a climate emergency. The European elections help give more focussed voice to these debates.