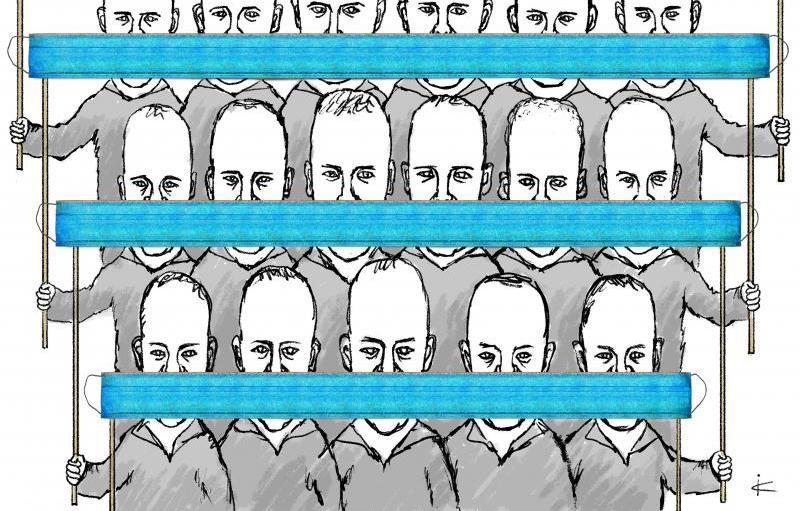 A relatively late surge in cases in the “V4” (Czech Republic, Hungary, Poland and Slovakia), has left governments and health officials scrambling to contain the fallout while leaders of the region are beginning to see their popularity dipping. The people feel frustrated with lost opportunities over the summer to mitigate the economic repercussions of COVID-19’s impact on their markets, while extensive disinformation campaigns look to harm the much-needed rollout of vaccines in the coming months.

Czech Republic was one of the first European countries to close its borders and issue a nationwide lockdown. Andrej Babiš’ government made mask wearing – even outside – mandatory and was praised by the international community as the policy was credited for keeping the number of cases down. Soon after, Slovakia and Poland followed suit, though Viktor Orbán’s government in Budapest relied on national recommendations rather than restrictions for a few weeks longer.

As the pandemic proliferated, many in Central Europe listened carefully to the limitations and advice being handed down by officials.

There is a feeling that the region’s shared history played a role in their combined success; a new incarnation of solidarity swept across Central Europe, and while it became clear in early spring that the centralised and coordinated responses were yielding results – the “V4” countries were some of the least affected in Europe – cracks in societal support were already beginning to show.

A series of polls taken throughout March in Poland showed a decline in optimism for how the pandemic would end. Initially, 14% thought everything would be fine, by the end of the month, this number had halved. Moreover, the country was almost evenly split between those believing they could cope with the virus’ eventual impact on society and the economy while the other half believed it would be extremely problematic or disastrous.

Since then, frustration and distrust of the governments’ responses to COVID-19 has only grown in the “V4”, albeit to varying degrees.

By June, the people of Central Europe were desperate for restrictions to be lifted so that the economic recovery could begin and the epidemic’s hidden mental health crisis could at least be ameliorated with time spent outdoors, exercising and with others. However, like elsewhere, the lifting of restrictions led to behaviours that aided the virus’ communication.

In Czechia, when the lockdown ended large public barbeque parties were the first signs of festivity and a return to normality. By the end of the summer, when the virus had multiplied – at least partially due to the gatherings mentioned above – no one was in the mood to celebrate anymore, echoing similar sentiments across the region.

Nevertheless, the feeling of mutual trust still persisted in the Visegrád Four capitals. When Viktor Orbán closed Hungary’s borders back in September – the first European country to re-enact such measures in fear of a second coronavirus wave – it was the leaders of the remaining “V4” countries who quickly reached out and exemptions were made for the Czechs, Slovaks and Poles.

By the time autumn had arrived and the effects of the second wave had led to new lockdowns across Europe, Central Europe was no longer buffered and cases were increasing at an alarming rate.

The reasons for this sudden change in fortunes can be partially attributed to the reluctance of governments to impose lockdown measures when cases were beginning to rise, but a parallel component was the loss of faith and influence of the government messaging affecting the societal awareness towards preventative behaviours as well as the growing impact of disinformation campaigns.

In Hungary, regardless of any forecasts from Budapest, only 13% were attempting to save money to contend with any future financial hardships which were likely to come as a result of continued or sporadic lockdowns and/or a failure to reach a compromise with the EU budget.

This is particularly worrying for Hungary because it has economically been hit harder than any other European nation.

“The Hungarian economy will contract 6.4 % by the end of 2020,” Finance Minister Mihály Varga told the economic daily Világgazdaság (on 24 November), and the state budget is also to fall short of about €4.7bn revenue until the end of this year.

While a similar economic worry is felt across the “V4” countries, dissatisfaction with the government is not nearly as high. As Wojciech Przybylski, editor-in-chief of Visegrad Insight, wrote, “In the latest Kantar poll for the European Parliament, nearly half (48.1%) of Hungarians aged 16-54 believe that their financial situation has worsened and at the same time, most (55.9%) are not satisfied with the government’s policy towards the crisis.”

Comparably, 34.7% of Czechs and 44.3%of Poles think their pockets have or will be stretched by the recession while those satisfied with their government’s performance were, respectively, 60.5% and 63.3%

Until very recently, it appeared the Slovakian government would escape the public’s disapproval, but because PM Igor Matovic’s “nuclear option” of lockdown and nationwide testing has not led to a reversal of restrictions, the government’s popularity has plummeted from 25% in February to 14% in November, regardless of having some of the lowest cases and fatality rates in Europe.

An infodemic worked alongside COVID-19 to spread disinformation across the “V4”. In Czechia, NGOs were established specifically for the purpose of combating fake news focused on the coronavirus and had success in debunking the themes before they had too much impact; sadly, the same success has not been repeated in Hungary.

Then there came the stark contrasts between the messaging of the “V4” countries as Bratislava’s strategy for nationwide testing and vaccination was the most in line with Western countries while Warsaw and Prague lingered just behind – but Budapest’s propaganda was clearly against the strategy of Brussels and their fellow Central Europeans.

Orbán’s decision to import and use the vaccines from Russia and China before they have reached certification from the EU’s governing body (and in violation of EU law) is just the latest effort of Budapest to pull the public’s opinion away from trusting EU and NATO consensus, but it also has counterintuitive elements such as making opportunities for malign narratives from the east to alter the information presented to the public at large.

In all “V4” countries, experts are alarmed about the rise of disinformation related to vaccination.

Groups following conspiracy theories and organising protests, which for many years have been nurturing antivax themes are on the rise and actively demonstrating on the streets. Mainstream media, however, tends to be more cautious in reporting on and debunking these stories, especially in comparison to the mushrooming articles about who is buying into the Chinese and Russian narratives about the pandemic.

Moreover, the lack of credibility and overwhelming frustration of the “V4” citizens has left a gap which is being coopted by nationalistic forces rather than democratic and European calls for unity and resilience.

With winter quickly approaching, the Visegrad Insight monthly forecast has warned against the rising risk of populism related to mountain-based electoral groups. The Carpathian Basin Hypothesis asserts that groups voting for populist parties, which are distributed around villages in mountain areas, are going to be particularly hit by the economic effects of locking down with ski slopes being closed – which in turn will fuel radicalism but may also disenchant them from the existing populist parties.

Perhaps this is why there have been recent calls by Warsaw and Prague to open ski slopes during the holiday season, but it’s too early to know what effect this will have on the population and economy.

Looking towards the future, those most vulnerable to financial hardship due to the COVID-19 recessions will be at risk of disinformation campaigns and populist voices giving simple reasons and answers to their economic woes.