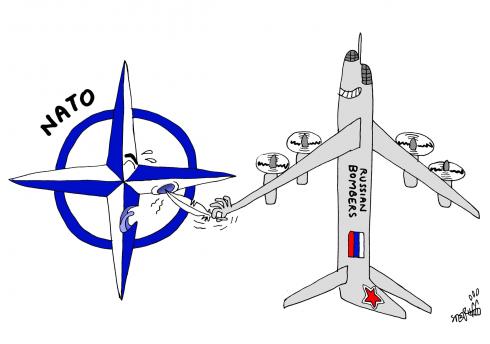 NATO said on 29 October that it had intercepted at least 19 Russian military aircraft — fighters, tankers and heavy bombers — flying close to European airspace in the past two days, in what it has said were the most provocative incidents this year. The incidents, dubbed as "unusual", occurred over the Atlantic Ocean and the North, Black and Baltic seas, as far afield as Portugal. Fighters from Norway, the UK, Portugal, Turkey, Germany, Denmark, Sweden and Finland were sent to track the Russian aircrafts, all of which returned to Russian air space. NATO added that it —

has conducted over 100 intercepts of Russian aircraft in 2014 to date, which is about three times more than were conducted in 2013.