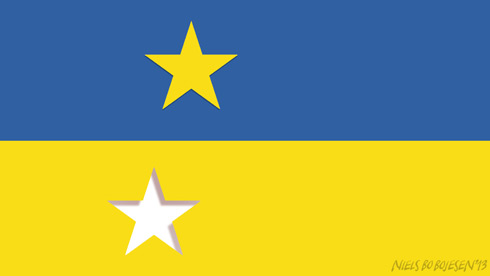 Ukraine, leader of the EU B team?

The situation in Ukraine shows that full EU membership is unrealistic for the country and others like Turkey. The EU should establish a two-tier membership as it seeks to maintain geopolitical stability at its borders and public support inside.

The uprising in the Ukraine against President Victor Yanukovych and his capitulation in the face of Russian threats forces the European Union to reflect upon its own position. Putin has bribed Kiev in a manner that would be impossible for Brussels to match. Brussels has little more to offer in the short term than an association agreement, and in the longer term, the appeal of a democratic constitutional state based on the European model.
As far as Europe is concerned, it is important for geostrategic reasons that the Ukraine pick the right side in its conflict with Russia, as is the case in the Balkans and Turkey, whose allegiance Brussels is also hoping to buy with promises. Problem is that the politicians and citizens there all too often have an unrealistic expectations of EU membership, and that Brussels dare not, at decisive moments, say no, for fear of alienating the country.

Despite Brussels’ reserve in making too many promises to Kiev, the Ukrainian proponents of an association agreement view it as the first step towards EU membership. No-one can credibly explain why Turkey is more European than the Ukraine – why the Anatolian Ankara should be treated as a European city rather than Lviv with its Habsburg roots. When it comes to pursuing its ambitions, Kiev can in any event count on the backing of Warsaw; no EU country wishes to remain a border state, and thus strives to also have its neighbours included in the union. The historic, yet all too understandable, fear of Russian expansion strengthens the need for a buffer.

Europe will have to treat the Ukraine gently. With pro-Europeans trying to steer their country towards future membership, Brussels will not reject the prospect offhand; in the same way that it did not have the courage to remove Romania and Bulgaria from the waiting room, ultimately leading to their EU membership. Indeed, [[Brussels has – also with Turkey in mind – never dared to draw a geographical boundary]].

In its wishes to have a bid against Russia, Europe must offer the Ukraine something more tantalising than an association agreement. At the same time it is not realistic to assume that the country, which currently leads the global ranking of most corrupt states, will in the foreseeable future meet the membership requirements of good governance, comparable to the situation in Bulgaria and Romania in 2007, or currently in the new candidate member states in the Balkans. Greece, which threatened to ruin the euro, illustrates that such endemic malpractices are still not solved after three decades of European membership.

Europe has three options in dealing with the countries that would like to join the Union. Either it holds off the advances, declares these ambitions as unrealistic or it starts, as with Turkey, negotiations that ultimately stagnate and lead to significant tensions. The fact is that an “engagement” broken off late in the day leads to more bitterness than an advance rejected early in the courtship. Or, lastly, the parties can steadfastly continue despite the lack of progress, without ever daring to say no: the Romanian path. [[The too-hasty eastern Europe accession is causing desertion among western Europeans, which translates into electoral victory for populists]]; see the tension arising from the axiom of the free movement of persons, and the resulting intentions of [David] Cameron and [Dutch minister of social affairs and employment, Lodewijk] Asscher.

Realists know that the transformation required by countries like the Ukraine, Turkey and Serbia to meet the accession criteria will take decades, if not generations. At the same time, Brussels does not want to reject these countries, and rightly so. The time has thus come to seriously consider several intermediate forms: a distinction between A and B membership; an alternative version of the two-speed Europe, which indeed already exists with the euro.
That way out of this conundrum is blocked by taboo, however, as several of the A countries would rather not aspire to that status, while other ambitious member states cannot live up to the obligations that go with it. Such a distinction will, nevertheless, become unavoidable if the EU chooses for reasons of geopolitical stability to continue its expansion to the east, without losing the support of the west Europeans. Failure to ignore that dichotomy will result in an EU that reaches the Caucasus, but ultimately implodes from the inside.