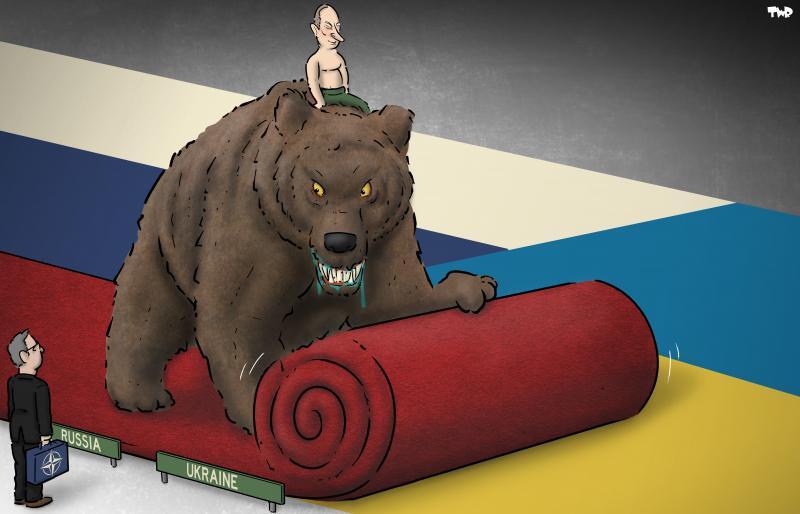 Roll out the red carpet

Tensions between Russia and Ukraine flared up once again after a major cyber attack hit Ukrainian government websites on the night of 13-14 January. Kiev accuses Moscow, which has massed tens of thousands of troops near Ukraine's eastern border, of being behind the attack.

The attack came as talks between Russia and NATO stalled, with Moscow demanding a formal commitment from the Atlantic Alliance not to expand into Ukraine and other former Soviet bloc countries. The West fears that a failure of these talks could be used by the Kremlin as a pretext to invade Ukraine.

Another factor has added fuel to the fire: the return on 17 January of former Ukrainian President Petro Poroshenko, accused among other things of high treason for allegedly aiding pro-Russian separatists in 2014.