Cartoon Tensions between Ukraine and Russia 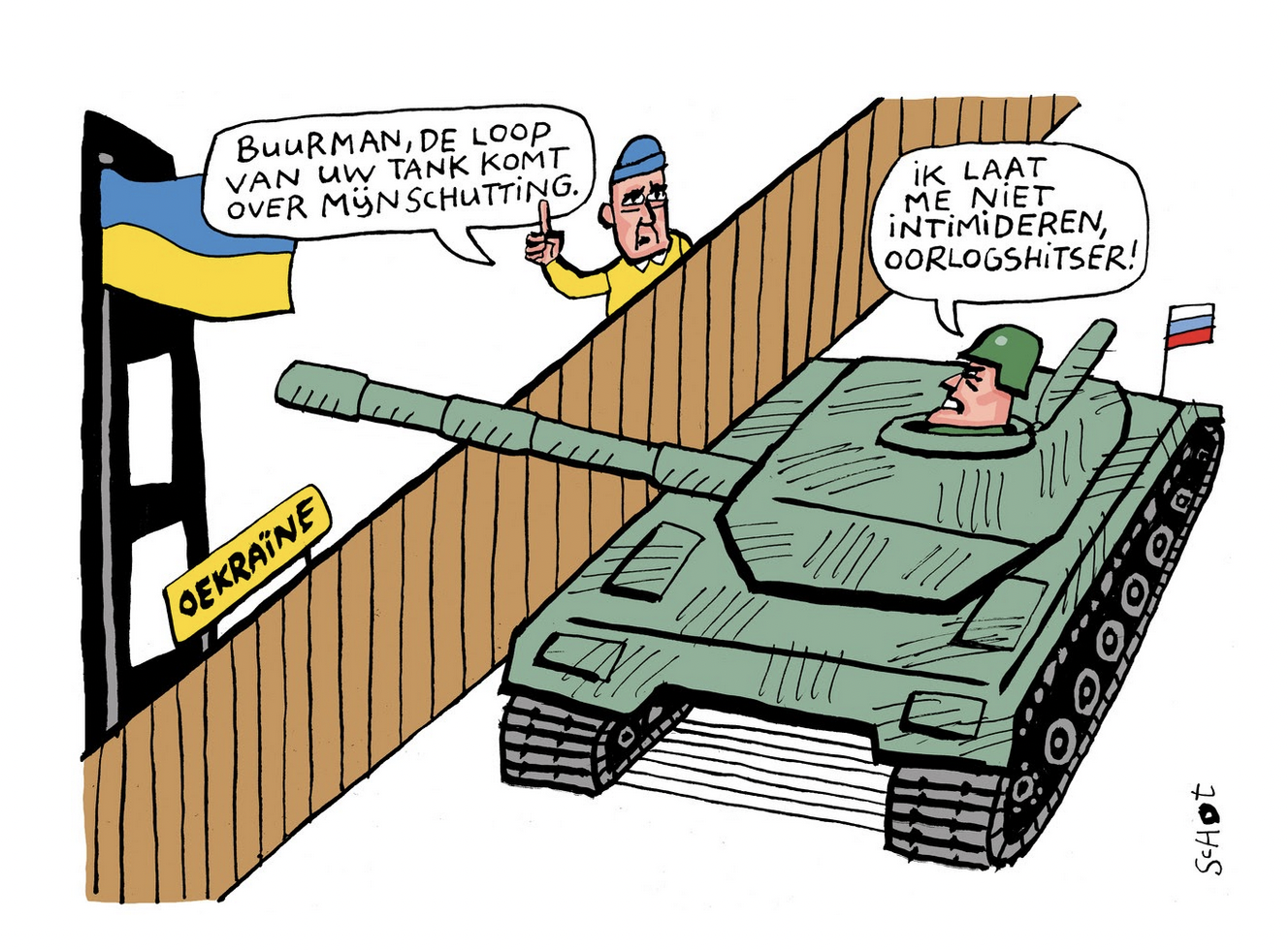 Cartoon Tensions between Ukraine and Russia

“Neighbour, your tank cannon is in my garden.”

“I won’t be intimidated, you warmonger!”

The spectre of war between Moscow and Kiev looms once again, following the revelation by U.S. intelligence of the presence of some 90,000 Russian troops near the Ukrainian regions of Luhansk and Donetsk, which are controlled by pro-Russian separatists.

The Kremlin denies the accusations, while arguing that the eastern expansion of NATO - which Ukraine wants to join - constitutes a "fundamental security threat" to Russia, as Russian Foreign Minister Sergei Lavrov stated on 2 December.

In a meeting with his Russian counterpart on 7 December, U.S. President Joe Biden spoke of "strong economic and other measures" in the event of an invasion, while Vladimir Putin demanded "legal guarantees" that NATO would not expand eastward.