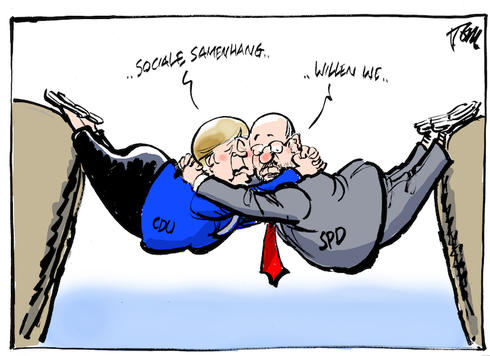 "Social cohesion...That's what we want !"

Following a 100 days without government, since the 24 September general election, Germany is heading for a renewed grand coalition between the CDU-CSU conservative bloc, of Chancellor Angela Merkel, and the Social Democrats of the SPD, of former European parliament president Martin Schulz. An agreement was reached on Friday 12 January on a programme for a new coalition government, which includes giving Europe a new start and setting an annual cap of 200,000 refugees allowed into the country. The SPD's youth wing is strongly opposed to a coalition.