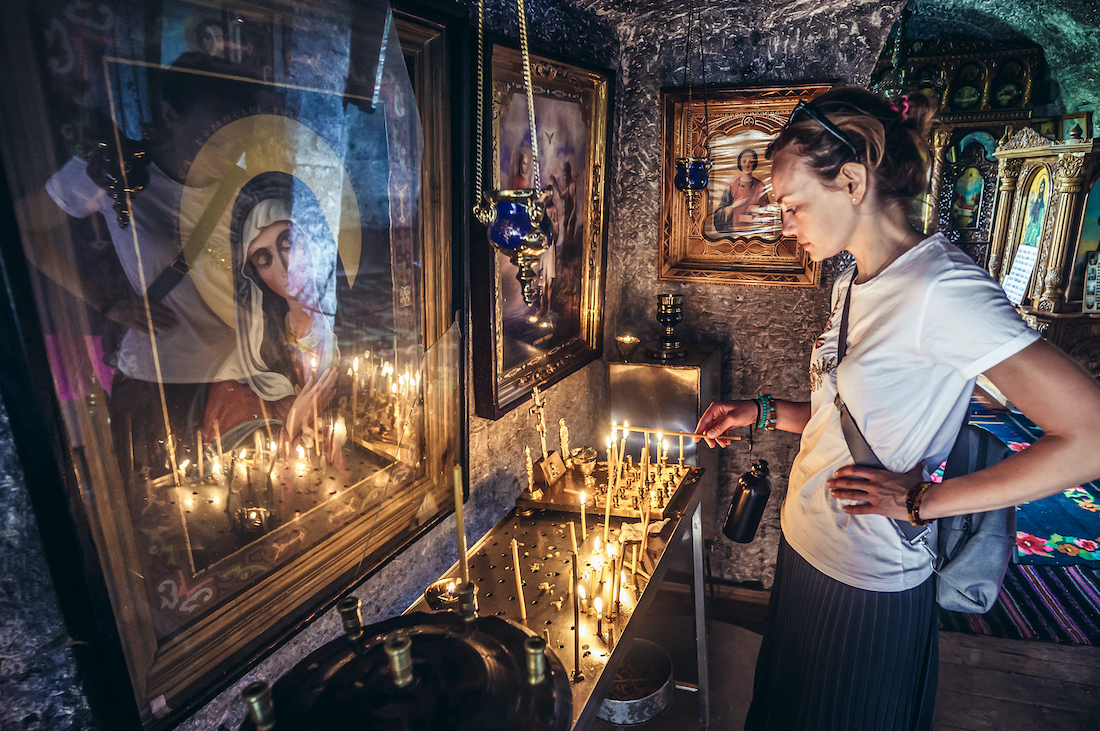 Born in 1978 in Chișinău, Tatiana Ţîbuleac was 13 years old when Moldova declared the independence her father had fought for all his life. Yet she was unable to do what everyone expected her to do: cut her ties with Russia and the Russian language.

When my father died, I flew to Chișinău and slept for one night in his apartment. I shared out his suits and ties among his neighbours. I didn’t touch the books. Ultimately, I sat down on the edge of the bed, and turned on the TV. It was a Russian channel, a young woman was singing a love song, and it scared me so badly that I hurled the remote control away and stood up straight up. My father hated the Russian language, my father hated Russians.

It was something fundamentally wrong to listen to a Russian love song in his home, of a man now dead, but who for a lifetime had fought against the Soviet system and had longed for one language – the Romanian language. At that moment I saw him clearly in front of me: an old man full of regrets, his fists clenched, with that foreign tongue wrapped around his neck like a noose. That's when I really started crying, for everything.

If I ever left the Soviet Union, it happened that night.

I was a child who came late, though it wasn’t that, but rather the Russian language that had always stood between the two of us like an electric fence. My father never forgave me for the fact that when Moldova proclaimed its independence, when in ‘89 Moldovans regained the Latin alphabet they had fought for, and some even died, I did not do what I had to do — cut off anything to do with Russia. Not to speak Russian anymore, not to read Russian anymore, not to have Russian friends anymore — that was what was expected of me.

It is always difficult to explain to westerners a person’s enthusiasm for being allowed to use his or her language with pride, to present oneself with pride

I’m not saying I didn’t try, I'm just saying I didn’t succeed. It was hard for me to argue with my father and his friends, who had to live the best years of their lives only halfway, in half-hiding, in fear. I saw them lose their health, their jobs, their family, their dignity, one by one — all for the same ideal: leaving the USSR and uniting with Romania. They crushed me with arguments — grandparents deported to Siberia, mother born in the Gulag, persecution, decimated lives and crushed careers. Who was I after all, what did I choose to be? I wondered this for years.

Why was it so hard for me to hate, when that hatred was justified, when it seemed to be the right way?

More : Romanians go to polls amid pandemic discontent, just as Moldovans did earlier

I remember a certain autumn morning, it must have been around ’91, all the children in our courtyard headed to school with our backpacks on, as we’ve done for our entire childhood. Then someone yelled at the Russian boys to go to the train station and head home, because Moldova was no longer their home. It was a popular slogan in those days, you didn’t hear it only in courtyards but on TV, in the press. That was how the split began. Grave things followed: neighbors who ceased to speak to each other after having cohabitated in peace for years, meetings, street violence, strife.

We finally had license to tell the “occupants” that we d…