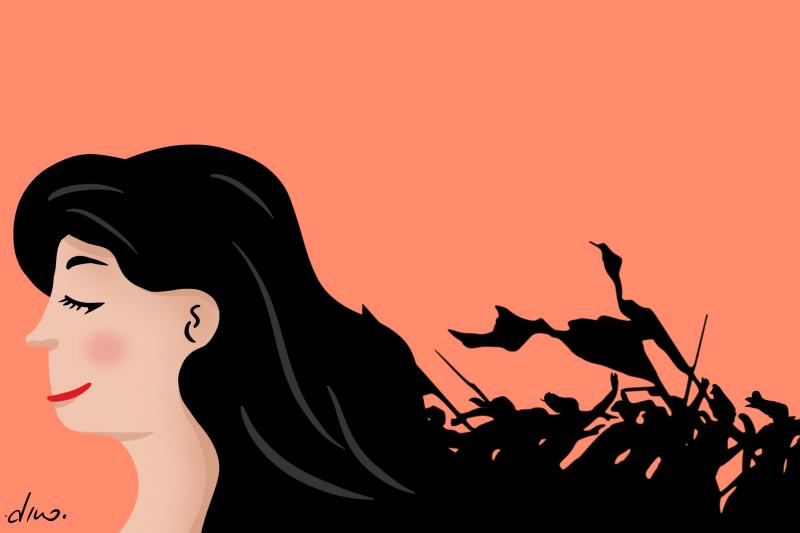 While international declarations such as the upcoming Generation Equality Forum bring sorely needed attention to the topic, commitments must lead to concrete legislation, write Marieke Koekkoek, MP (Volt Netherlands) and Mihaela Sirițanu, Treasurer (Volt Europa). On Volt’ s end, that means supporting the push for a rape consent law in the Netherlands, Europe and worldwide.

The biggest barrier to gender equality in Europe today is not active opposition, but inertia, evasion and neglect. Worse yet, gender inequality has been exacerbated by the pandemic. Access to sexual and reproductive health has suffered, domestic violence has spiked, and women’s already disproportionate burden of unpaid domestic work has skyrocketed. According to PWC`s annual Women in Work Index, progress towards women in work has been set back at 2017 levels. In order to undo the damage caused by Covid-19 by 2030 progress towards gender equality needs to be twice as fast as the historical rate.

The Covid-19 pandemic, similar to global warming or any other crisis, is bound to affect vulnerable groups to a higher degree. Had progress on gender equality been made sooner, women would have been less severely affected. An attempt to ensure international commitment on this issue was made  26 years ago. The Beijing Declaration – widely hailed as a landmark achievement – was agreed by the international community in 1995. 189 countries signed the commitments, making it a key initiative for global gender equality.

Since then, however, development has stagnated. Not a single country can honestly claim to have achieved the goals set out 26 years ago. To some extent, that’s a result of how watered down any major international declaration tends to become by its final version. Moreover, lack of enforcement mechanisms render the international arena dependent on civil society and NGOs to hold their governments accountable.

Now, another attempt at an international consensus will be made. Between 30 June and 2 July, the Generation Equality Forum (GEF), a UN-led event, has the goal to build on the Beijing declaration, secure financing for the gender equality agenda and tackle the resource gaps that hamper progress towards it. Sadly, however, the GEF risks meeting the same fate as the Beijing Declaration. The language in the working documents is nebulous, and this time, far fewer countries are expected to  participate.

The Dutch government is  one of the few European governments taking the lead in the Generation Equality Forum. The Netherlands are leading the “Feminst movements and leadership” action committee alongside other NGOs, philanthropies and civil society organisations. The goals of the coalition are to empower feminist activism, leadership and organising to eliminate harmful gender norms, stigma and harrasment in society. Naturally, this is a crucial fight to have. The damage done by patriarchal power structures is real. This is why it is vital that the commitments made and draft programmes are not treated as a notch in the belt for the politicians who get to sign the papers, but as very real pledges that have to be actioned.

One example of such a norm that must be reshaped is the issue of consent. In traditional rape law only situations of violence, threats or clear unequal power dynamics are covered. This allows for a grey area in which behaviour that is clearly not acceptable cannot be prosecuted. This allows for defenses such as “I thought she wanted it” not being properly challengeable in court.

As a pan-European movement, looking across borders for best practices is central to Volt’s way of doing politics. A dozen European countries have introduced laws that require explicit - verbal or physical - consent to be given for sex. Thus, Volt supports the introduction of similar legislation in the Netherlands. This would ensure that actions previously in a legal grey zone, such as frozen fright and withdrawn consent are taken into account. In Sweden for example, these situations are now considered to be possible cases of “rape by negligence”protecting victims from abusive and fake ignorance of (no-)consent.

International agreements and convening spaces have the clear added value of bringing attention to key issues, introducing more transparency with regards to commitments and progress of governments all over the world. However, the necessary next steps are for politicians to put their money where their mouth is, and for citizens to hold their governments accountable for their actions.