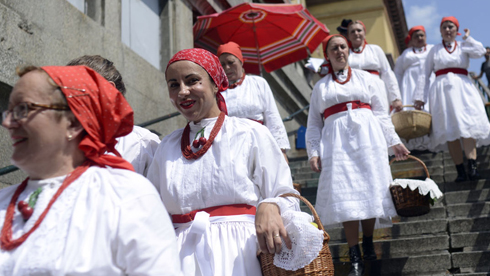 The European Union is witnessing a decline in confidence as its economic crisis continues. But for a country that has experienced wars and authoritarian regimes, taking on EU membership means above all joining a community of progressive values.

Common human values: that is the meaning of the European Union. Peace, personal freedom, the rejection of violence, the art of compromise, the rule of law -- all of these values are being obscured at the moment by the chaotic situation across Europe. However, even the political chaos has failed to cast a shadow over the freely expressed will of the European people to live by common rules that guarantee peace and human rights.

Sounds like waffling, does it? Well, let us examine life in Croatia up until now. How did we live under the Austro-Hungarian Empire? The Croats had no more power of decision than they did in the Kingdom of Yugoslavia. Ostensibly democratic, the latter was merely a pro-Serbian police state. And what about the independent State of Croatia (NDH), which existed from 1941 to 1945? It was founded on genocide (of Jews, Serbs, Roma and Communists), racism and chauvinism.

And the Socialist Federal Republic of Yugoslavia? Officially a federal state, it was a “light” version of a Communist dictatorship, a country without freedom of expression and the freedom to live by one’s own choices. Finally, Croatia under Tudjman, from 1989 to 1999? Again, officially a democracy, it was in fact a nationalist “democratatorship”, a state that plundered its own citizens, covered up crimes and tolerated hate speech. None of these states enshrined any principle of peace and human rights.

For the EU member states, these are the fundamentals. The European Union is the first political community to open its internal borders and reconcile and unify multiple democratic countries by the common ideal of freedom of individuals and the peace between nations. It’s enough to remember what was happening in the Balkans in the 1990s to see that Croatia has made the right choice.

This is why we must not draw hasty conclusions by peering only into our wallets. Poverty is a threat independent of the EU. If Croatia were to remain outside the EU, it would be even worse. Paradoxically, Croatia will be less dependent on the EU as a member that it has been so far. The lesson from the dispute over Piran Bay is the best proof of that. What matters is not that money be made, but that peace and freedom prevail. Václav Havel, who knew so well how to meet the impossible challenges of politics, once said “Europe does not amount to the price of a sack of potatoes.” His words make perfect sense in the Balkans, where we were never in the habit of insisting on values. One can understand that, as we too often felt deceived. Here, such ideals were often used to trick the people.

Finally, we have opportunity to change all that. In accepting the rules of the EU, we take the decision to reject “the arbitrary”. It is important to have enough self-confidence to be able to enforce, by ourselves, the values that we have chosen. In the future, no one can fight a war against another country by pretending to be doing it for the good of the nation. No one will again be able to conceal crimes on the pretext that it is better that way. No one will be able to base his politics on the fact his “wife is neither Serbian nor Jewish” [so said Tudjman]. And above all, no one can change the rules at his own convenience, as [Prime Minister Zoran] Milanović is beginning to grasp. From now on, we know what is acceptable and what is not. That is why, at this important and solemn moment, we must certainly be enthusiastic while also remaining watchful. Let us remember this toast, full of melancholy, uttered by the great poet Ivan Lovrenović in 2004, during the reopening of the Stari Most [Old Bridge] of Mostar: “While the swallows fly, playing with the wind under the arches of the bridge, I propose a toast: we’re back”.