Opinion After the US elections 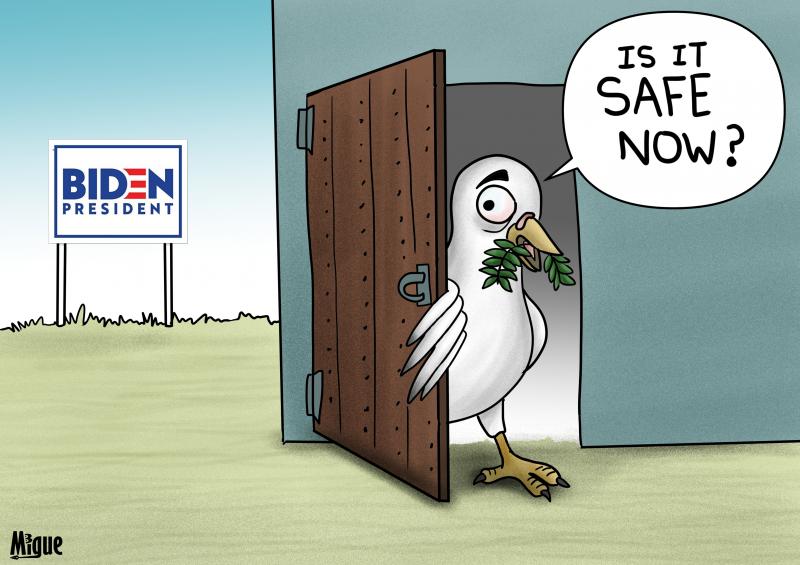 Opinion After the US elections

What can Joe Biden’s US look like for Europe and the world?

In facing the three main challenges ahead – Covid, climate change and China – Europe and the world's democracies can work with this administration, on more equal terms.

What is the best the world can now hope for from the United States under President Joe Biden, now that the election has been called for him? My answer: that the US will be a leading country in a post-hegemonic network of democracies. Yes, that’s a, not the leading country. Quite a contrast to the beginning of this century, when the “hyperpower” US seemed to bestride the globe like a colossus. The downsizing has two causes: the US’s decline, and others’ rise. Even if Biden had won a landslide victory and the Democrats controlled the Senate, the United States’ power in the world would be much diminished. President Donald Trump has done untold damage to its international reputation. His disastrous record on handling Covid confirmed a widespread sense of a society with deep structural problems, from healthcare, race and infrastructure to media-fuelled hyper-polarisation and a dysfunctional political system.

In a recent eupinions survey, more than half of those asked across the European Union found democracy in the US to be “ineffective”. And that was before Trump denounced as “fraud” the process of simply counting all the votes cast in an election. When the US lectures other countries on democracy these days, the politest likely answer is: “Physician, heal thyself!”. Even compared with the grim period of Vietnam and Watergate, this must be an all-time low for American soft power.

Europe has many problems of its own, but set against the record of US regress over the last 20 years, our European story looks like triumphal progress. The same can be said for Australia, New Zealand or Canada. Still more dramatic has been China’s rise, facilitated by years of American strategic distraction. […] Continue reading on the Guardian.