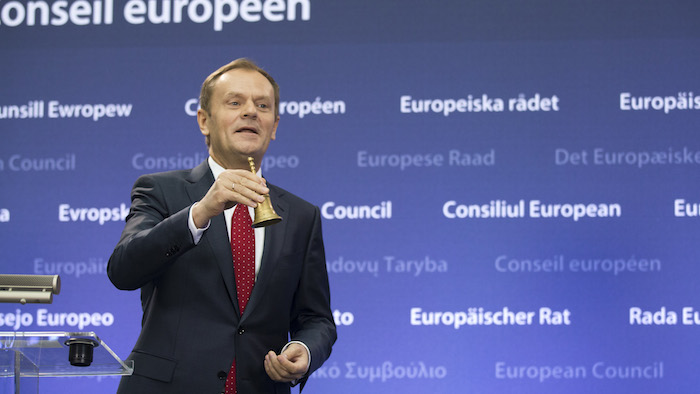 What’s ahead for Donald Tusk

As Donald Tusk starts his first working day as the president of the European Council, Gazeta Wyborcza singles out the most important challenges laying ahead of the former Polish prime minister –

Now the most important task for the Union and Tusk alike is to keep a cohesive line against an aggressive Russia’s policy […] Fortunately, Berlin is currently opposed to easing sanctions on Moscow, which will make Tusk’s work easier.
Another key issue to address is avoiding a “Brexit”, which would “weaken Europe geopolitically and, in the long term, also economically”. It could also become a bad example for other EU members and lead to “erosion of the achievements in European integration”.
Last but not least, Tusk will have to secure a “robust economic growth to reduce unemployment”. At the next EU summits, he will also have to defend the budgetary discipline stipulated in the treaties but currently undermined in France and Italy, which argue that austerity measures stifle economic growth. As GW points out, if Tusk succeeds in all three areas —
he might become, just like [his predecessor, Herman] Van Rompuy, a midwife of key compromises [in the EU].