An Irish point of view on Brexit 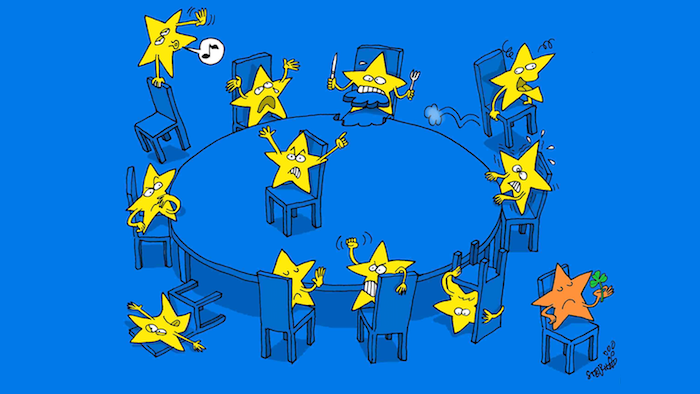 An Irish point of view on Brexit

Why we should move towards Irexit

For a number of reasons it’s in Ireland’s best interest to leave the EU altogether with Britain, says the author of a report on the Republic’s position on Brexit.

In Irish magazine Village, Anthony Coughlan, an Associate Professor Emeritus in Social policy at Dublin’s Trinity College and rapporteur of “a Private Study Group of Irish economists and constitutional lawyers who have been examining” what Ireland should do “when and if the UK leaves the EU”, says that his report’s “basic conclusion” is that –

it is in the interest of the Irish people that Brexit should be accompanied by “Irexit” – Ireland exit. We applied to join the then EEC in 1961 because Britain and Northern Ireland did so. We joined simultaneously with the UK and Denmark in January 1973. Now that Britain and the North are leaving, we should do the same.

The report was sent to the Irish and the British prime ministers, as well as to an array of top Irish government and diplomatic officials and of “British civil servants concerned with Brexit.” There are “three principal reasons” for suggesting Ireland to leave the EU along with the UK, argues Coughlan:

The first is that Ireland is nowadays a loser, not a gainer, from EU membership. In 2014 we became a net contributor to the EU Budget for the first time. […] This means that in future any EU moneys that come to the Republic under the CAP, EU cohesion funds, research grants, support for community groups and the like, will be Irish taxpayers’ money coming back, employing some Brussels bureaucrats on the way. […] The second reason is that it is the only way of preventing the North-South border within Ireland becoming an EU external frontier, with new dimensions added to Partition, affecting trade, travel and different EU laws and legal standards as between Dublin and Belfast. […] The third reason is that the business case for Ireland remaining an EU member diminishes significantly if the UK leaves. Most foreign investment that comes here is geared to exporting to English-speaking markets, primarily the UK and USA, rather than to continental EU ones. Once the UK leaves the EU two-thirds of Irish exports will be going to countries that are outside it, as they are going today to countries outside the Eurozone, and three-quarters of our imports will be coming from outside. Outside also, Ireland’s 12.5% corporation tax rate would no longer be under EU threat.

As for Ireland being a member of the Eurozone, Coughlan simply wants the Irish pound back, because “the Republic does most of its trade with countries that do not use the euro”, and it “desperately needs” a currency “that can fall” along with the British pound, “so maintaining its competitiveness in its principal export markets – the UK and America.” Leaving the Eurozone would automatically mean leaving the EU, notes the rapporteur, who advises the government to “now start concerting such a move confidentially with Germany.” The separation would be without pain in his opinion, as Ireland is probably the only one of the Eurozone’s nineteen Members whose departure should not in principle cause a general crisis for the euro-currency as a whole.

“Ireland leaving the EU alongside the UK would not be apocalypse”, concludes Coughlan:

It would just mean the Republic returning to be a normal modern state, making all its own laws democratically in a parliament elected by its own people and responsible solely to them, controlling its own resources, using its own currency for its own people’s benefit and deciding independently its international relations.

It sounds pretty much the same as some Brexiteers’ arguments during the UK referendum campaign, before some of them changed their mind, facing the dire consequences of such a choice.