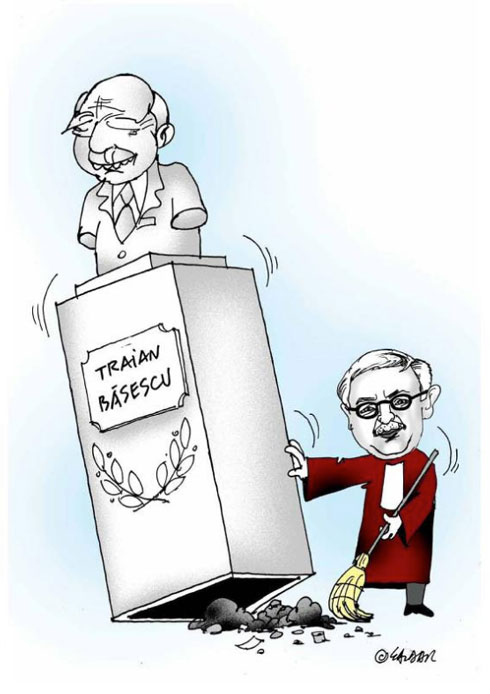 The Romanian Constitutional Court (RCC), chaired by Augustin Zegrean (pictured in the drawing), decided on August 21 that the July 29 referendum to confirm the removal of President Traian Băsescu was invalid as less than 50 per cent of voters took part. Băsescu is expected to resume his duties on August 24. The RCC decision was challenged by some of the press and public as being a sign of corruption in the political and judicial system, but should bring a temporary end to the battle between conservative Băsescu and left-of-centre Prime Minister Victor Ponta, which has left Romanian society deeply divided.