Opinion Debates Digital | Back to Belarus
Protests in Minsk pictured as a traditional Belarusian embroidery. 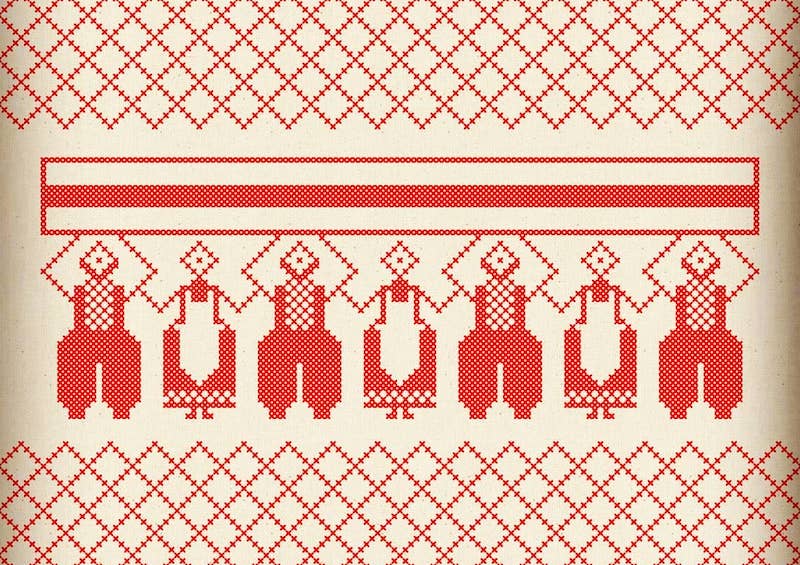 Opinion Debates Digital | Back to Belarus

Belarus will never be the same again

The corona pandemic has shown that more authoritarianism is not the answer to the problems in Belarus. On the contrary. Aleksandr Lukashenka’s catastrophic handling of the crisis has created a new civil society in Europe's last dictatorship, writes journalist Iryna Vidanava. Now there is no way back.

The virus exposed the inability of the authorities to act responsively and responsibly and the result was a significant loss of public trust. The state’s response to the pandemic led to greater dissent in society, across more groups, than ever before. As the August presidential election approached, protests began breaking out. They were led by bloggers trying to hold the government accountable and speaking truth to power.

Medical workers, disappointed by the inability of the state to protect and support them, joined demonstrations and spoke openly online for the first time. Some were arrested and lost their jobs. The police broke up the protests and persecuted activists, journalists and bloggers, even those diagnosed with the virus and already in hospitals. The state-controlled courts sentenced them to prison terms. While this process is well-known and oft repeated in Belarus, somehow it felt different this time.

In spring, Belarusians focused on surviving the virus. But as uncertain as post-pandemic life might look, people also increasingly questioned whether they wanted to see the existing state order in their tomorrow. Three decades ago, it took a tragedy like Chernobyl to shock people into perceiving a different future and launching the events that led to a new and independent Belarus.

This August, three months after the May 9 Victory Day parade, soldiers and military vehicles are again on the streets of Minsk. Only this time they are not celebrating the defeat of Nazi fascism but attacking their own citizens – peaceful demonstrators demanding a transparent vote count after another election brazenly stolen by Lukashenka. In the evening, Minsk seems to be in mourning – streets, squares and government buildings covered in black from the endless number of special forces in their dark uniforms and body armor. Instead of offering Victory Day fireworks, the regime used flashbang grenades, rubber bullets and tear gas against unarmed citizens.

The people on the streets are not a crowd being forced to watch a parade. They are the nation defending their rights and choice for a better future. They are a sea of citizens not confined to Minsk’s main square but floating into more than 30 cities around the country. They are part of a new civil society that has risen and ripened during the pandemic.

In the months prior to the election, the regime carried out unprecedented repression, arresting hundreds including opposition candidates, political bloggers and journalists, and democratic activists. But civil society responded with equally unprecedented solidarity actions, self-organizing both online and on the streets. Despite the detentions and beatings, more and more people turned out. As with the pandemic, the government’s inhumane treatment of its people before the election brought out the best in the country’s citizens.

The headliners of the election campaign were three women, forced into politics by the regime’s cruelty against their male counterparts. They were led by Sviatlana Tsikhanouskaya, who decided to run as a candidate in place of her husband, a popular blogger imprisoned in June. His blog included stories about the government’s pandemic failures. Thousands attended meetings with the trio during their campaign tour across the country. The government did its best to cripple the growing movement, but the people responded to police harassment and arrests by singing freedom songs and employing nonviolent resistance. When the authorities shut down popular crowdfunding platforms that not only supported those repressed but also those fighting against the pandemic, activists developed new online tools to disseminate information and conduct an alternative vote count.

Ironically, the government used the coronavirus threat as an excuse to limit freedom of association, justify its crackdown during the campaign, and repress voting. In contrast to the government’s Victory Parade, opposition rallies and concerts were closed down or cancelled "for health reasons." The Central Election Committee decided not to invite international observers for the election, did not set up a press center, and announced that only government journalists would be allowed to attend a press conference on the vote counting results "in order to secure social distancing."

Uniformed police and plain-clothed agents wore masks to hide their faces when brutally dispersing protests. The number of independent domestic observers was limited and the entrances to polling stations controlled. As a result, voters spent hours in the summer heat waiting to vote. Many never got to cast ballots, as the government shut down polling stations at the regular time rather than extend their hours due to pandemic protocols.

Moreover, the government that chose not to fight the pandemic due to "economic reasons" mobilised all of its administrative and security resources to steal the election and suppress public dissent. Keeping a dictator in power proved more important than the health, safety and future of the country. The regime’s disregard for its own citizens angered people as much as another falsified vote. But they remained hopeful and peaceful, until the regime resorted to violence.

During the bloody nights of August, hundreds of injured demonstrators were rushed to hospitals to which just weeks ago they had donated money, medical equipment, and food to help fight the coronavirus. Our medical personnel again stepped up. Surgeons were called in for emergency night shifts to operate on the wounded, while other doctors and nurses voluntarily joined the protests to render first aid to those on the front lines. Some first responders were beaten by the police.

Keeping a dictator in power proved more important than the health, safety and future of the country.

As in the spring, neither repression nor information blockades could stop civil society from acting. Independent media, whose websites were blocked, continue reporting using alternative dissemination channels. Activists work and coordinate through messengers, circumventing the government’s internet blocking. Since the beginning of the election crackdown, civil society has used social media to crowdfund more than one and a half million euros to help the repressed and their families.

As I follow the striking images from the protests, I am shaken by the brutality of the state, which acts like a thug. The demonstrators are not the opposition – they are the people, the hope and future of this country. The regime has always trivialised those against it, calling them small and weak. After the pandemic and the election, they now number in the millions. The regime will continue to resist. But this spring and summer, Belarusian society has awoken. The country will never be the same. Change is coming.

This article is a followup to the one published on 2 June.

Iryna Vidanava’s CityDog.by has collected a list of useful resources in English, as well as of artists' works on the protests in Belarus.