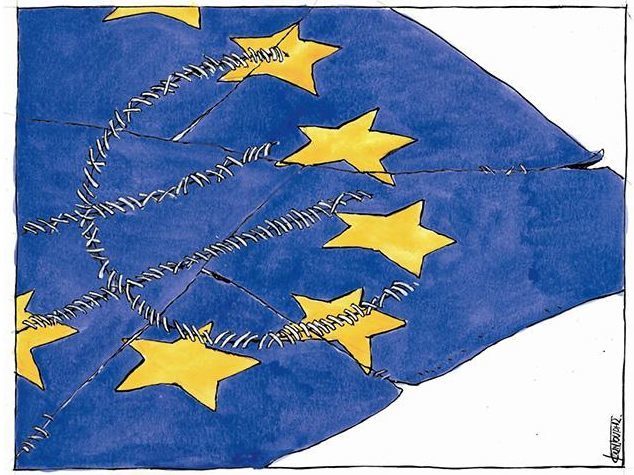 The coming weeks could kick off the Union’s renaissance

During this week's summit, the EU’s national leaders must come to a decision on the nearly € 750 billion earmarked for relaunching the Union’s economy. Even if it is unlikely that a detailed agreement will be found, the twenty-seven member states may lay the groundwork for a profound reform of the Union, suggests expert Guillaume Klossa.

It is now that the future of Europe will be decided. Following months of video conferences, our leaders, who meet this July 17th in Brussels, will find it difficult to reach a consensus in just a few hours on a recovery plan that has as much potential to change the course of history as the Treaty of Rome, which required months of negotiations. But in the coming weeks an agreement will be reached, since all parties are aware that a major political crisis would otherwise be added to an unprecedented economic and social crisis.

Something else is working in favour of an agreement: European citizens, civil society, business leaders and financial markets are predominantly for it. However, there are still strong doubts to overcome – in the Netherlands, with its upcoming election; in Austria, under pressure from the far right; and among the Nordic countries, who are concerned about losing influence in an EU. But these countries are aware that, in a world tempted by protectionism, reinforcing the EU internal market and its growth potential is of the utmost urgency. Austrians, Dutch, and Nordics all need the Spanish, French, and Italian markets more than ever in order to maintain their standard of living. Danish and Swedish leaders have already given signals to this end, and Angela Merkel, who currently presides over the EU Council, has let the Dutch and Austrian leaders know that their resistance would amount to undermining the European project.

Before the end of summer there will therefore be an agreement for an amount totaling between € 500 billion and € 750 billion, mostly in the form of subsidies. Of course, the agreement will mention that the increase to the European budget as well as the massive transfers associated with it are exceptional and temporary. But in truth it will create a precedent in the same way that Roosevelt’s New Deal, which was originally limited and temporary, created long-term change to the rules of the game in America. In particular this agreement will break three taboos: it will raise the ceiling of the European budget, which for two decades has been limited to 1% of the EU’s GDP; it will create massive budgetary solidarity between the countries most affected by Covid-19 and others; and it will reopen debate about the EU’s own resources and its decades-long direct indebtedness, which would create new de facto solidarities.

A power centre for the 21st century

Unimaginable a short time ago, the conditions for institutional reform will be ripe. The Conference on the Future of Europe, which today does not have any ambition to change treaties, could, against all expectations, become a new constitutional juncture. Emmanuel Macron’s instincts about a re-working of the European Union could come to pass and the EU might then assert itself as the world’s democratic, industrial, social, ecological, and cultural power centre of the 21st century.

None of this will be possible unless the recovery plan succeeds. The plan must allow for a strong rebound as well as a rapid and deep transformation of the European economy, with massive creation of value-added jobs across the whole EU. This implies that we must think about spatial planning for the first time – if not, the imbalance between the center and the periphery will continue to rise inexorably. It is equally important that citizens interpret this rebound as a European recovery, which is not a given. A study conducted by the Commission showing the impact of Structural Funds on the creation of wealth and jobs revealed that the correlation was not clear for citizens, mainly due to a lack of communication by national authorities.

President Roosevelt understood this risk. Federal recovery programs were created in certain sectors and it was ensured that American citizens knew who they owed the recovery to. Today, the Union faces the same challenge. The recovery plan cannot be limited to subsidising national recovery plans, even if these meet European goals for climate and digital transition and strategic autonomy. Europe must equip itself with truly transnational EU-stamped programs which will capture imaginations, all while proving their economic and social merit. This is Europe’s only chance.

A few concrete examples which will speak to everyone: a continent-wide program for housing renewal, promoting advanced sustainable and recyclable materials; a plan to equip all European laboratories and hospitals with the latest generation of digital and connected microscopes, allowing for a better response to pandemics; a digital distribution platform for the continent’s media outlets, allowing them to recover the economic value which is now held by the tech giants (Google, Amazon, Facebook, etc) and avoid collective bankruptcy.

But, for those who will have to implement and take quick ownership of these projects, it is imperative that they do not only come from Brussels. They must be built with the grassroots involvement of citizens, unions and employers’ associations,  and public authorities, especially regional. And the projects must be tailored to their respective economic sectors. It is here that the 14 European industrial ecosystems announced by president Von der Leyen and commissioner Breton might find their place. For this recovery to succeed, it is urgent that Europeans come to an agreement not only on the sums of money but also on new ways of doing things. Jean Monnet understood this well. In the aftermath of war, he created a commission which bound government, business, and unions to the reconstruction effort.  The idea remains just as relevant seventy years later. This will be the price of Europe’s rebirth.