Podcast Conference on the future of Europe 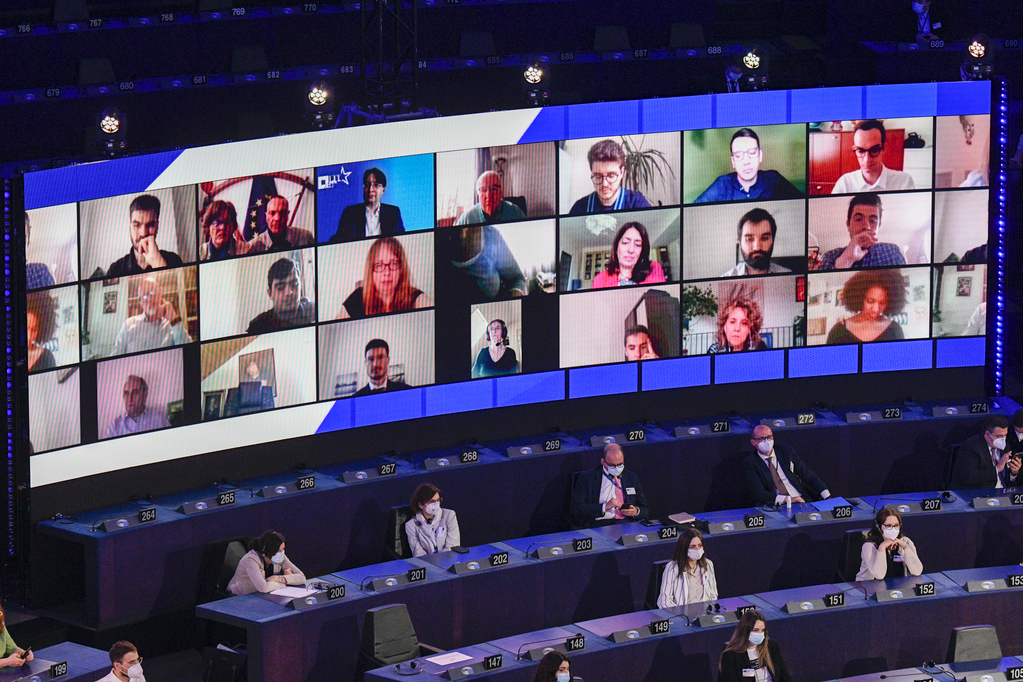 Podcast Conference on the future of Europe

A new narrative for Europe?

In the latest episode of the podcast “The Grassroots View”. The European Economic and Social Committee's President Christa Schweng, Askanews Brussels correspondent Lorenzo Consoli, and former Belgium's Prime Minister and long-serving Member of the European Parliament Guy Verhofstadt, discuss to what extent the Conference on the future of Europe is essential in changing the way European institutions and their citizens interact.

The recent global health crisis has led national governments to reflect on the way their decisions affect citizens’ lives and personal freedoms. In such an extraordinary context, the European Union has questioned itself in just the same way and proposed to take a new direction in the way the supranational democratic process unfolds.

The Conference on the Future of Europe, a multistakeholder process that sees the direct involvement of EU citizens with the aim of discussing what could, and should, be improved in the European Union, was launched on 9th May – also known as Europe Day. The European Economic and Social Committee (EESC), as the institution representing the European civil society organisations, takes part in it.

This is the topic of episode 3 season 2 of the EESC’s podcast “The Grassroots View”. Three guest speakers: EESC's President Christa Schweng, Askanews Brussels correspondent Lorenzo Consoli, and former Belgium's Prime Minister and long-serving Member of the European Parliament Guy Verhofstadt, discuss to what extent this conference is essential in changing the way European institutions and their citizens interact.

A momentum for change?

The European Union citizens’ confidence in their institutions remains somewhat low, with 43% of European citizens trusting the EU in 2020. The institutions may appear sometimes far from their everyday life concerns.

With the COVID-19 crisis and the Next Generation EU – the stimulus package plan of up to 750 billion euros to support Europe-wide economic recovery – the European Union and its member states showed to be able to “work together and join forces”, quoting the words of the EESC’s President, Christa Schweng.

Regarding its unity and assertiveness demonstrated against the background of Brexit and the COVID-19 pandemic, the European Union has also shown to have convincing arguments to reinforce its legitimacy in the eyes of European citizens.

And in that regard, the EU still has work to do, as Guy Verhofstadt, former Belgium’s prime minister and long-serving MEP, underlines: “Europe is at a crossroads, certainly after the pandemic [...] So what we see is the necessity to review the working of the European Union so that we can establish and have a European Union which is more resilient, more effective, faster in its actions. And that is what we are looking for. And what is so specific, naturally, is that we want to put in place a bottom-up exercise, starting with, first of all, the citizens and asking them how they see, how they want an active Europe”.

More : For an open, transparent and long-term conference

One of the European institutions’ main goals in the current decade would be to become more accessible and democratic. According to Christa Schweng, the institutions want to “bring the European project back to the citizens, to convince them to engage in shaping its future”.

Even if he gladdens this decisive turning point, Brussels correspondent Lorenzo Consoli reckons that it’s almost too late. “It was time to have a consultation of, potentially, the whole citizens, a direct consultation. [...] There is at least this attempt to start from the citizens and try to collect their voices, their concerns, their values, their interests, what they really want Europe to be”.

Christa Schweng agrees. In her opinion, the EU’s institutions “need to reach out beyond the Brussels bubble and adapt their language to the average European”. Still, according to her, this relationship should not be one-sided. The European citizens’ ideas and propositions must be looked at with care, and the institutions have to let them know they matter: “the progress of the Conference must be somehow measurable. People must see that their ideas are turned into actions. They need to know what was taken into account, what wasn't and why it was not taken into account”

Last April, the EESC adopted a resolution about the Conference that calls for a new narrative, grounded in the realities of everyday life, and urges the EU institutions not to miss the opportunity to reconnect and engage with European citizens.

More : 71 years after the Schuman Declaration, what are Europe’s successes?