Analysis Europeans and Covid-19 | The Balts 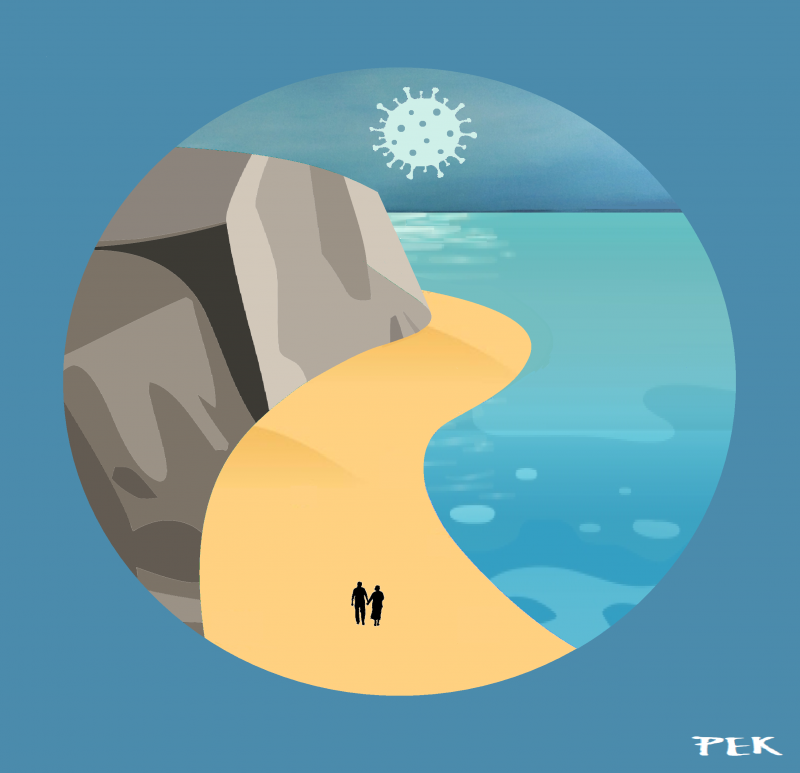 Analysis Europeans and Covid-19 | The Balts

Latvia, Lithuania and Estonia may be close one to each other, they faced and managed the pandemic in rather different fashions – for better and worse, explains Anna Ūdre in Riga.

In May 2020, as other countries closed their borders to prevent the virus from spreading, the Baltic countries lifted mutual travel restrictions to enable free movement of people within the region, without the need for self-isolation. The launch of the so-called “Baltic travel bubble” was welcomed by Estonians and by EU institutions, which encouraged other member states to follow this example.

Although all three Baltic countries were able to hold the ‘Baltic Bubble’ for some time during the summer, September came with more cases in all three countries and the Bubble bursts as Latvia reinstated the 14-day quarantine for travellers from neighbouring countries and soon the Baltics were back to imposing restrictions as the countries faced the second wave of the pandemic.

Pandemic struck Latvia in early March. The first people who brought the virus back home had returned from Milan. Then the state of emergency was declared on March 13. International travel was halted, people were advised to stay inside and, if possible, work from home. Schools were closed, testing was increased, and fines for not following the restrictions were introduced. State of emergency was eventually extended until early June, with only a few restrictions eased.

At that time, the situation wasn't as close to being critical. And most of the population – close to 70% – considered the restrictions to be adequate and needed. The situation has changed during the second wave of Covid-19. The number of those who trust government information has fallen to 53%, and only 43% of the population now agree with the new measures imposed. On social media, there are active groups that openly criticize the government for imposing any restrictions at all, and the media for "taking orders from the government and spreading false news". One of such groups – "Tautas Varas Fronte" – organised a demonstration in Riga next to the Monument of Freedom, where they questioned the existence of Covid-19, the measures imposed, and called on investigating the government. Even though the infection keeps on spreading, the dissatisfaction with the current situation and the government also keeps on rising.

Amidst the second wave of COVID-19 Rīga Stradiņš University (RSU) professor Anda Rožukalne conducted a study on Latvian society’s attitude towards COVID-19 related news. News has a significant influence: more than half of the respondents agree that they have lost interest in COVID-19 news or are tired of those. Loss of interest encourages active avoiding. 39% of the respondents doubt whether the news is telling the truth. Most frequently those are the ones who are not concerned.

However, a number of local popular actors, singers and artists have joined the fight for complying with the restrictions and have released several videos, both individual and collaborative, on their social media channels asking people to wear masks and stay home unless it is absolutely necessary to go somewhere. Several artists who had tested positive for COVID-19 have been especially vocal about this, as they admit that getting sick was the result of not wearing a mask and not insisting on others wearing masks during a recording session with a couple of colleagues and friends.

Lithuanians giving in to the sirens of conspirators

In Lithuania, the first cases were recorded earlier – already in February. They were also imported from Italy. A nationwide lockdown was introduced in early March and was also extended several times. During the first wave of the virus, Lithuania recorded a few dozen cases every day. With the nation-wide lockdown, major bans on people gathering were introduced, all educational institutions had to start online teaching, and museums, cinemas, gyms were also closed.

Based on the survey done by the research company “Baltijos tyrimai”, at the end of May 63% of the adult population of Lithuania appreciated the work of the Government during quarantine. However, Lithuanians, too, aren't as happy with the measures imposed during the second wave. "The people unhappy about the constraints are fully entitled for that. The army of people angered by the restrictions is growing rapidly – not only worldwide, but in Lithuania too," Dainius Kepenis, a parliamentarian representing the Farmers and Greens Union told Baltic News Network (BNN). Backlash against stringent quarantine in the country is growing. According to BNN, people are anxious to sign petitions for lockdown lift as their patience is on the brink of explosion. Many entrepreneurs who followed the restrictions during the first COVID-19 wave and encouraged their clients and followers to stay home and respect the government-imposed restrictions, now are not so cooperative.

Amid all that the conspiracy theories are flourishing and the number of people who believe that the pandemic is a worldwide plot by pharmaceutical producers is growing. There were even cases when at least a dozen Lithuanians sneaked into local hospitals‘ COVID-19 patients‘ wards and filmed them ostensibly semi-empty as if that proved that the situation is not as bad as the hospitals and government led them to believe it is.

New COVID-19 cases keep growing and although the world is impatiently waiting for the vaccine, many stay sceptical, including Dainius Kepenis who stated to BNN that “The vaccine is rushed and its side effects are unknown. I am afraid the dissatisfaction will reach a boiling point, where the governments, and that of ours too, will have to handle COVID-19-lockdown-incuded riots first.”

The first COVID-19 case in Estonia was registered on February 26. The person had travelled through Riga, Latvia, from Istanbul, Turkey. On March 12, the state of emergency was declared. Notification rate fell to very low levels by the end of June.

At the end of November, restrictions concerning masks and social distancing entered into force as well as restrictions related to indoor public meetings, events and entertainment with fixed seating. COVID-19 is still mostly spreading among young people and the Health Board (Terviseamet) called for a review of hobby activities which the government carried out. Also, the late-night alcohol selling ban has been extended until January 26.

While Lithuania has lived under a nationwide lockdown and Latvia has introduced an emergency situation with bans on public events and indoor public catering, Estonia has had softer restrictions with concerts and theatre performances still allowed.

The Government approved further measures to prevent the spread of the coronavirus, which restrict the opening times of entertainment establishments, locations for holding public events, and catering establishments, and reduce the number of persons allowed to simultaneously visit stores and service locations. The restrictions entered into force on Saturday, December 5.

To sum up, Estonia seems to be doing better than other Baltic countries during the second wave of COVID-19. What could be one of the reasons? In early March, Estonia declared a state of emergency, closed its borders and entered a full lockdown to stop the spread of COVID-19. But while other countries scrambled to deal with school closures and the disruption to vital services, Estonia simply continued to use the thriving, resilient digital infrastructure it had spent decades developing. Digital classrooms, online teaching materials and a huge range of online public services were already in place. Even more crucially, Estonians knew how to access and use them.

Estonia has built one of the world’s most advanced digital societies long before the COVID-19 pandemic, providing services such as electronic voting, online learning in schools, digital bureaucracy and healthcare. In the coronavirus crisis, this has turned out to be a life-saver. Some public services continued as before, because they were already online. Others were quickly adapted to the new situation. During the lockdown, 99% of government services remained available online in Estonia. Online options already existed for everyday procedures such as registering businesses and properties and applying for social benefits. Certain benefits such as family benefits are even triggered automatically by events such as the birth of a child and its registration.

Digital health records and e-prescription services freed up Estonian doctors, nurses and administrators for the fight against the pandemic. Strong public-private partnerships have facilitated contactless options in everyday life, including at border crossings. Estonia’s government has enthusiastically embraced digital life. Even before the crisis, the cabinet was able to hold digital meetings, with members using their electronic identity to attend. 87% of schools were already using e-solutions before the crisis. Estonian teachers are trained in digital education and internet safety. The country set itself the goal of digitizing all its educational materials as early as 2015.