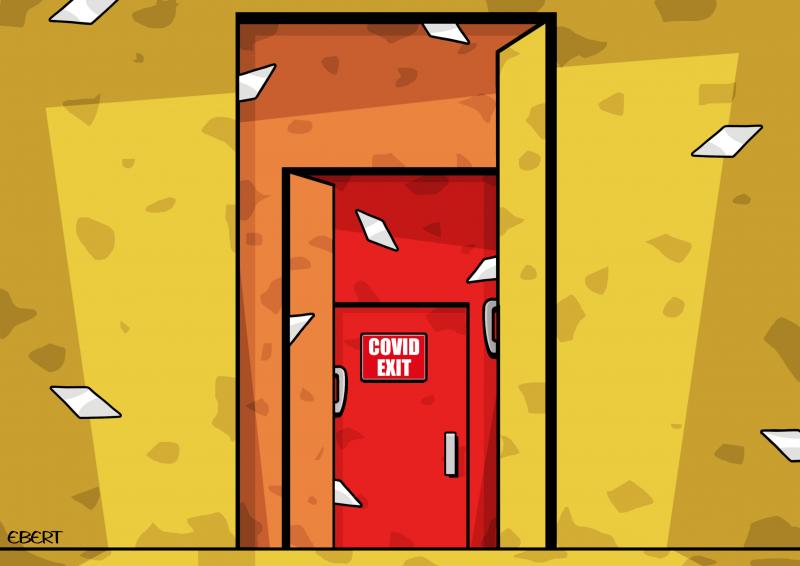 Coronavirus: a European recovery for Romania

With barely a third of available EU funding ever reaching the recipients in Romania, the government must rise to the challenge and deliver a sensible national recovery plan, writes Mihaela Sirițanu, Ştefan Florea and Joel Boehme, representatives of the pan-European party Volt Europa. As a country with historically low absorption rates of EU funding, Volt calls for simplified bureaucracy, applying only the basic EU directives on procurement to ensure Romania does not miss a once-in-a-generation investment opportunity.

The European Union agreeing on the Recovery and Resilience Facility, helping member states bounce back from the pandemic, is a major victory for all European citizens, and it lays the foundation for building a better future for our continent. The Romanian government now has to provide their plan on how they intend to spend the money, and the deadline set by the European Commission is for the end of April. They are scrambling to deliver the National Recovery and Resilience Plan (PNRR) on time, but sadly, Romania has a history of underspending EU funding, so there’s cause for concern.

For years and years, Romania had the second lowest absorption rate of EU money in the entire union. In 2020, the country reached a 29 % absorption rate, meaning they managed to access EUR 8.9 billion from the allocated 30.9  billion for cohesion policy which aims at reducing the socio-economic disparities between the EU regions. This result should be an emergency signal for the leadership in Bucharest when it comes to a successful implementation of the PNRR in the next 7 years.

Romania is not alone in this problem, though. In fact, speed drafting a massive recovery plan would be a challenge for any politician. Across Europe, we see how governments are unable to distribute the European funds that they have been offered, to the private operators, who are often the small and medium sized businesses that are at risk of going under. It would be an inexcusable tragedy, if this massive opportunity is lost, simply due to the inadequacy of our bureaucracy.

More : The Romanian “slaves” behind the Sicilian tomatoes

In urgent situations like these, countries should be allowed to simplify their bureaucracy while increasing the transparency on allocation of funds. The funding is regulated by the EU’s directives on public procurement, which are implemented differently in every country. It would make perfect sense for us to not have to go through complicated national procedures, but simply apply the basic EU directives that form the base of the national rules, without us using any additions or elaborations. In fact, Italian authorities have already asked the Commission to be allowed to do so and Romania would be wise to do so as well, given its historical low capacity of absorbing funding. As a pan-European movement present as a party in Romania, and across the entire European Union, Volt has already urged the Commission directly, that they allow countries to do this. We now call on the Romanian government to do the same. Procedures must be as simple as possible, for Romanian society to get the money it needs to weather the crisis - it would be improper if the European Commission opposed it.

The challenges however, won't end with making sure that the EU money can be distributed to society. The next step is ensuring that the content of the PNRR is well thought-out, and future-minded. The European Commission has set out a series of focus areas they expect countries to take into account when drafting their recovery plans, such as digitalisation, infrastructure and transition to a green economy. If you read through the communications of the Ministry of European Investments and Projects, all the elements seem to be there at a first glance. However, there’s cause for scrutiny.

Firstly, there’s not enough investment into digitalisation. The EU is recommending an investment of minimum 20% into digitalisation while the government's plans in the first hearing show a proportion of 13% of the entire funding available. While there appear to be digitisation projects in other PNRR pillars, it is unclear whether they will satisfy the goal set by the EU. Romania has multiple sectors in pressing need of investment, overlooking the long-term benefits of digitalisation in areas such as education, health and economy is a mistake. The ANAF fiscal reform for example is a long awaited digital transformation that will increase the market competitiveness and support the economic recovery. In its current form however, it lacks clarity and concrete approaches.

More : Romanians go to polls amid pandemic discontent, just as Moldovans did earlier

Secondly, the current PNRR plans show a worrying regional disparity. The major city of Cluj, for example, is set to obtain funding for a subway, a metropolitan belt, metropolitan train, a highway and a railway. Meanwhile, counties like Vaslui, Soceava, Botosani, Neamt, or Bacau are almost non-existent on the map of large projects that will be financed by the PNRR. The North-Eastern region of Romania is already disproportionately impoverished and overlooking such a major part of the country will not only be detrimental to the romanian citizens, but will inevitably translate into lost political capital for the existing political parties.

Lastly, there is a need for transnational cooperation when it comes to implementing the PNRR. The Romanian government must reach out to all our neighbour countries and make sure to coordinate its infrastructural development. The current PNRR plans show an unbalanced focus on highways instead of greener alternatives such as railroads. Countries with a similar position, such as Bulgaria, have a more balanced approach and have shown that it is possible to rebuild your primary railway network with European money. We have this chance to invest in green infrastructure that connects us further to the rest of Europe, and we should not pass up on the opportunity.

After this enormous and tragic crisis, we have a duty to do all in our power to rebuild what we have lost. Romania cannot afford to underutilise yet another opportunity. For this to be possible, we need to cooperate and help each other out as we are all facing the same challenges. Only as one united European Union will we remain strong. Together, we can bring about an economic renaissance for Romania and for Europe at large.