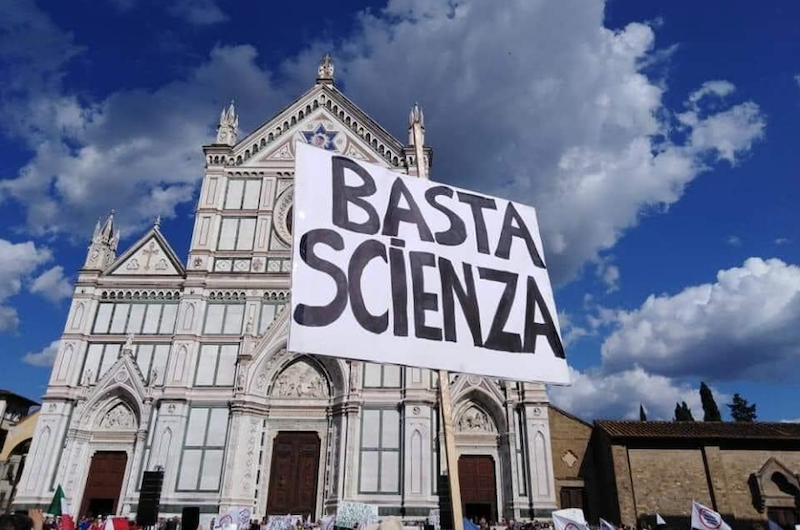 Scientific advice needs to be transparent, especially in a crisis

Most European countries are emerging from lockdowns, and the discussion is now dominated by who got it right and who didn’t, what were the most effective approaches, what can we learn and how can we hold governments accountable.

As we look at lessons learnt, it is important to remember that the COVID-19 pandemic isn’t over. We still have a long road ahead and if governments don’t set out clearly and transparently why they have taken a particular decision and based on what data and advice, it is likely to undermine public confidence and society’s willingness to go along with the demands placed on it.

The scrutiny of governments’ actions has led to accusations of some governments “ignoring the science” and others deflecting any blame by saying they “followed the science”.

This shows a caricature view of what science is and of the role scientists do play and should play in a public health crisis. Scientists are going to have to continue to have a big role, from researching vaccines and treatments and modelling the spread of the disease to assessing the risks of different activities and evaluating how best to communicate what we are learning.

They also have to advise policy-makers. Governments need to hear from a wide range of experts, from epidemiologists and virologists, to psychologists and economists. Scientists need to help them assess the ever-changing status of what we know at any point, understand the uncertainties involved, and offer potential solutions to these problems. But for such a complex problem, there won’t be a simple straightforward answer. It is up to policy-makers to make these decisions and lead their citizens through the crisis.

But without clarity of who is providing the advice, what the advice is, and what policy-decisions have been taken, it is hard to engage in constructive scrutiny.

Among many other structural deficiencies, the pandemic has also laid bare the lack of transparency of mechanisms of scientific advice to governments, especially in countries that have been hit hard and where there is a desire for accountability.

Public pressure in the UK led to membership of the government’s scientific advisory group SAGE to be published, as well as some of their advisory reports, but questions have remained as to when advisers advised a lockdown and whether the government ignored these or not, among others. In Spain, the lack of transparency around how and who would determine which regions could pass to the next phase of re-opening has led to public political confrontations.

Speak the truth to power

The lack of transparency and clarity on what scientific advice has been provided to a government and what decision the government then took, does not only pose a problem for accountability. It also damages public trust in the decisions. Without that trust, it will be harder to engage citizens in supporting the decisions and thus implement the policies.

Scientists need to be able to speak truth to power. When scientists have to criticize the policy-makers they are advising on social media, as in the UK, or choose to resign, like in Belgium, it shows the relationship has been undermined. It is society that loses if those lines of communication break and policy-makers are not receptive to advice, however unwelcome it might be.

Good reminders of best practices for the interaction between scientific advisers and policy-makers include, for example, the Principles for Scientific Advice to Government in the UK, the OECD’s recent document on the topic, or this brief article by the Spanish group Ciencia en el Parlamento (Science in the Parliament). They all reiterate the need for openness and transparency as a basis for mutual trust but also as critical to engaging society and strengthening the democratic process.

COVID-19 has shown very clearly the need for a collective effort of civil society. Governments can and should lead through the crisis, but it requires the effort of every citizen to overcome the crisis. The demands on citizens are high: medical workers with limited protective equipment, essential workers with children having to work when schools are closed, people having to stay home in sometimes difficult situations, families not being able to say goodbye to loved ones, etc.

Decisions such as people being allowed to go to an outside cafe at any point in the day but only go for a walk at certain scheduled time, as the Spanish government has done, or the need to wear a mask only in certain sections of the street, as set out by the Belgian authorities, risk appearing arbitrary and not based on good reasoning.

As the pandemic progresses, governments will need to have their continued citizens’ engagement to be able to successfully weather the crisis. More demands will be made upon all of us and governments will have to constantly adjust their measures -- as France has had to do closing some schools that had reopened -- as situations and advice change.

Trust is already running low in many European countries towards their Governments. A recent newsletter on public opinion monitoring from the EU Parliament summarized that those “affected by the Covid-19 pandemic are also generally the most pessimistic [sic] and the least satisfied with the way their governments are countering the health crisis.”

Governments and scientists are already having to counter misinformation on social media networks and just an overwhelming amount of non-contextualised information about the pandemic, which has sometimes been referred to as an infodemic.

More : The infodemic is as virulent as the pandemic

An example of the impact this could have: there is already concern that low-trust could keep parts of the population from being vaccinated, if such a vaccine becomes a reality, and if that percentage becomes high it will seriously undermine any efforts to limit the spread of COVID-19.

We need to continue to empower citizens with the ability to scrutinize and engage with policy decisions. We need transparency not only in the process of the decision-making but in the uncertainties and complexities that exist. We need to embrace the benefit of changing decisions in the face of new evidence, rather than chastising governments for inconsistency.

Transparency on its own will not be enough to ensure a good response to the crisis. But it is not a luxury that we can ignore.