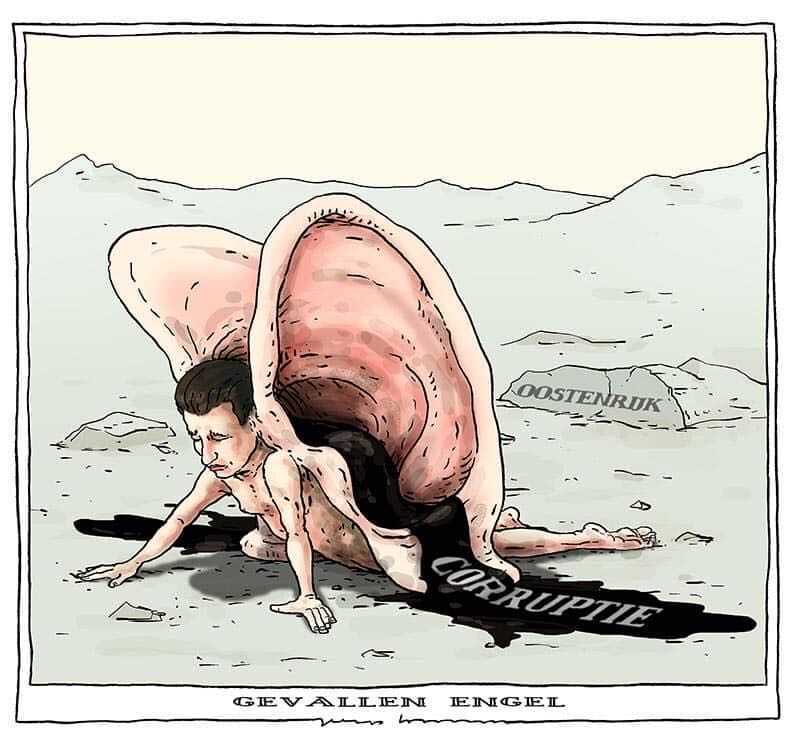 Conservative Austrian Chancellor Sebastian Kurz, 35, was forced to step down on 9 October amidst accusations of corruption. Vienna’s anti-corruption Prosecutor's office announced on 6 October the opening of an investigation for embezzlement, corruption and influence peddling.

The case is dating back to 2016: Kurz is suspected of having then commissioned surveys and articles extolling his praise in exchange for the purchase of advertising space by the ministry of Finance. Kurz had initially rejected the "fabricated" allegations, before ceding to threats of a no-confidence vote and submitting his resignation "to avoid chaos."

Abandoned on all sides, the young political prodigy — who got along with the far-right as well as with the Greens — was replaced on Monday by his Foreign minister Alexander Schallenberg. The new Chancellor now faces the tricky task of restoring confidence in the federal government and his Austrian People's Party (ÖVP).

You can unsubscribe at anytime *
Categories
EUPolitics and democracyAustria