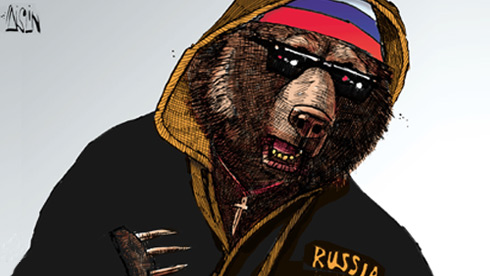 Cyprus is not the only island nation to roll out the red carpet for Russia’s riches. Since the Soviet Union’s collapse, London has welcomed Russian expatriates who made their fortunes plundering the collapsing state, but at what cost, asks a British journalist.

An island state advertises itself as the destination of choice for the super-rich – mainly from Russia – to launder their money and reputations, while enjoying the high life and low taxes. Then it discovers all is not what it seems.

It is not just Cyprus that might have cause to regret its business model. As the natural resources of the former Soviet Union were being plundered by a few ruthless and politically well connected individuals, Britain set itself up in the early 1990s as a welcome home, or second home, for a new global elite.

London is both playground and battleground for rich Russians. Occasionally, things go wrong. The murder of Alexander Litvinenko in the capital was one of the more brazen attacks. The discovery on Saturday of the corpse of Boris Berezovsky at his well-guarded Berkshire mansion has raised more suspicions. Was it the suicide, as was the initial suggestion, of a man who had lost much of his fortune taking on his enemies? Or was it something more sinister?

Once he had consolidated his power, Putin famously summoned the oligarchs, including those who had installed him in the Kremlin. That was then, this is now, they were told. The deal was: they could carry on their business dealings inside and outside Russia as long as a) they did not meddle with politics, and b) they looked after the financial interests of the siloviki – the political/security establishment.