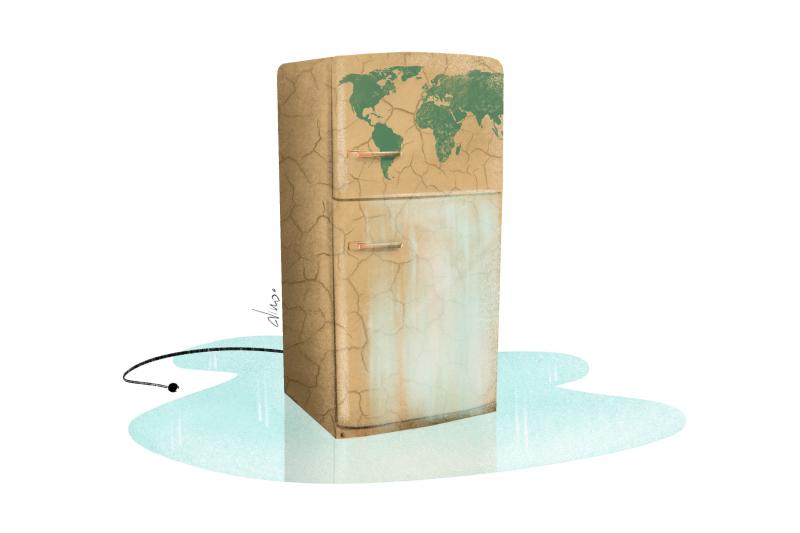 A European citizens initiative wants to stop global warming, following the example of their virtuous leaders.

What does it mean to be a local politician in 2021? Probably a good deal of headache. Beside that, it means the unique opportunity to help save the planet.

The mayors supporting StopGlobalWarming.eu have some ideas to share when it comes to the challenge of climate change. So on March 22 they came together from all over Europe at the online event hosted by ​​​​​​EUMANS, the movement of citizens for democracy and sustainability.

“The social crisis that we are experiencing together with the health crisis is just a reason more to cope with environmental issues,” said Marco Cappato, promoter of StopGlobalWarming.eu. As the motto points out, climate change is seriously harming our lives.

The campaign is a citizens initiative for carbon pricing in the EU, born after the suggestion of 27 Nobel Prize winners to “shift taxes from labour to CO2 emissions''. The text asks for revenues to flow into the ecological transition, while taxes on workers are expected to lower.

It’s as ambitious as it sounds. Guaranteed by the European Treaties, European citizens’ initiatives are a powerful instrument that can oblige the EU Commission to take a stand on a specific proposal.

Over 70 Italian cities, including Florence, Rome, Turin and Milan, launched the first network in February. Now everybody is welcome to join and help achieve the goal of 1 million signatures by July 22.

The list of councils and regions taking part in the initiative is a long one. But also Mogens Lykketoft, president of the UN general assembly at the time of the Paris Agreement negotiation and Navy Pillai, former UN high commissioner for human rights, support the campaign, alongside hundreds of artists and intellectuals.

“I strongly believe that participatory democracy is a key element in today’s political decision process,” said Manuela Ripa, Greens’ mep. “When aiming for efforts to reduce CO2 emissions, we have to do our utmost in order to tackle at the same time CO2 footprint and the CO2 content for imported products and services.”

The assembly was indeed a virtual tour of the instruments for participatory democracy available to citizens, with mayors across the EU showing all the urgency of a wide mobilization and boosting the civic and pragmatic push for sustainability.

Mayors who want to stop global warming are convinced that it is up to them to set the environmental priorities, a push at a local level and within communities.

According to the campaign’s co-promoter Monica Frassoni, local authorities are obliged “to go beyond the carbon pricing initiative”. In fact, she suggested that councils’ buildings and public spaces become hubs to attract the public and get more signatures.

It’s what Stefano Simonelli, president of the XV Municipio in Rome (Italy), tries to do by joining forces with sport centres and parks: “coming together to be stronger” is the goal stuck in his mind.

It is not just municipalities that provide information to the population: it is also the other way around. Citizens can promote the motion within their community, using a text available to all and contacting the local authorities to propose it to them.

Beside informing people on the initiative and promoting signatures, commitments include the production of a report on the activities carried out.

For instance, the city of Ruse in Bulgaria is involved in an international project for sustainable mobility: Civitas eccentric. Novo Mesto in Slovenia, whose mayor Gregor Macedoni has been particularly active in the EU Committee of Regions, recently renovated its entire city centre and made it traffic-free. Šiauliai in Lithuania reduced emissions by almost 700% in the last decade and will replace all city lights with LEDS. “We feel it’s a duty and we want to share the news,” said the advisor to Šiauliai’s mayor, Justinas Švėgžda.

Earth Day, on April 22, will be again an important date in this sense. Typically assigned a different theme every year, this year’s is going to be “restore our Earth”. “We won’t be able to save our earth if we don’t deal with global warming and we won’t be able to restore our earth if we don’t get a decent price on carbon, we know that,” said Nick Nuttall, strategic communication director at EarthDay.org.

The future envisioned by the mayors is already here. Just one day after the event, the Irish cabinet approved a revised climate action bill aiming to reduce carbon emissions. It is the natural progress of “a plethora of different things” that politicians have been doing locally, said Hazel Chu, lord mayor of Dublin.

Her city is working with flood risk’s management and climate adaptation, but the main message may be that actions are just as important as climate literacy is. “It’s still scary because we all know here that is a matter of time,” Chu said. “There is a huge amount of changing mindset that we need to do and it’s why conversations like these are really essential.”

How to join Mayors to StopGlobalWarming.eu: