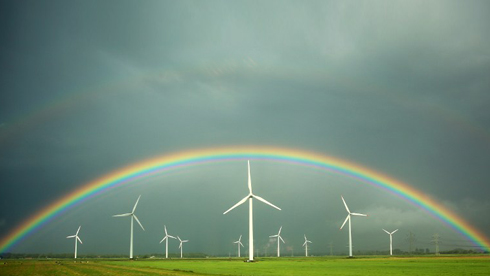 Energy, an election issue and luxury

The “energy transformation” is getting more and more costly for the Germans, who are increasingly unwilling to go along with it. Der Spiegel explains why electricity prices are rising and what have been the main mistakes made till now.

Long journeys start with small steps. That’s not merely German folk wisdom. Federal Environment Minister Peter Altmaier knows it too. And so the CDU politician has marshalled into a handy guide some tips on how everyone can promote the energy transition a little bit more in their everyday life, this “project of the century” that the Chancellor so likes to talk about.

And so one must ensure that the citizens are informed in good time of ways to trim their electricity bills: according to government forecasts, the share of eco-electricity costs, which is stated in every bill, is going up from its current 5.3 cents per kilowatt hour to between 6.2 and 6.5 cents. This is an increase of about 20 per cent on what are already the highest electricity costs in Europe.

The price hike can be traced back in the most part to new levies, surcharges and taxes dreamt up by the state. Yet neither pension nor Hartz IV [unemployment] payments are automatically adjusted for rising electricity costs, and every year power is cut off to more than 300,000 households because of unpaid bills. Caritas and other social organisations have invented a word for it: Stromarmut, or “voltage poverty”.

For society as a whole, the costs have already reached a magnitude similar only to that for the euro bailouts. Consumers this year are being forced to pay more than €20bn for electricity from solar, wind and biogas plants, the market price of which barely tops €3bn. And when one takes into account the collateral damage and follow-on costs of the chaotic expansion of eco-power into the system, the power cannot be worth even this much.

The wrong kind of power

Because the solar panels and wind turbines sometimes generate a great deal of power and sometimes very little, depending on the time of day and the weather conditions, there is no shortage of absurd cases of too little, too much, and the wrong kind of power. If there is too much power in the grid, wind turbine propellers must be slowed down and brought to a stop – and yet the theoretically generated phantom power must be paid for. In the event of a sudden slowing of the wind and when darkness falls, on the other hand, the lights go out. And that’s when antiquated oil and coal-burning power plants have to be fired up to turn them back on, which is why Germany’s energy producers have pumped out more climate-damaging carbon dioxide into the air last year than the year before.

The return of brown coal

Astonishingly, this drama can best be seen at the moment in tranquil Großkrotzenburg in Hesse. There, Germany’s largest energy provider, Düsseldorfer E.on AG, has been running a large hard-coal-burning plant for many years. There are five blocks at the Staudinger power station, the oldest of which dates back to 1965 and operates with a degree of efficiency of a laughable 32 per cent. Even E.on considers it a “totally unacceptable power plant, economically and environmentally”.

This is one of the most curious developments in the curiosity-rich energy transition: the largest spewers of the nation’s pollution are at the same time the most profitable – old, written-off brown coal-fired power plants.

It’s leaving a dirty footprint in Germany’s environmental statistics. While in year one of the energy transition, 2012, 10.2 per cent more power came from renewable energy, electricity production from coal and lignite each grew by a good five per cent. Ill at ease, Federal Environment Minister Altmaier commented: “This development must not become a trend.”

The problem with wind energy

The government is placing high hopes in the development of wind parks off the coasts. At the construction sites in the sea, though, chaos reigns. Off the North Sea island of Borkum, the wind turbines turn without any link to a network. The cable will not be fully laid until next year; until then, the system will be run on diesel to save it from rusting.

The government is going all-out with the expansion. The plans are breathtaking. By 2020, offshore wind turbines should be capable of feeding in up to 10 gigawatts – theoretically as much as eight nuclear power stations. To attract investors, the government has drawn up the most enticing subsidy terms: each kilowatt hour of offshore electricity is to be remunerated with 19 cents – about 50 percent more than for wind power on land. And the government has also taken away the liability risks for the wind farm operators. If something should go wrong, the electricity consumers will have to bear the losses.

Parties try to shift the blame

During the election campaign the parties have accused each other of being responsible for the disaster, and the Federal Government would prefer to stop talking about the energy transformation altogether. However, the subject is indeed edging forcefully onto the agenda.

On [September 5] the Monopoly Commission set up by the government handed in a special report, “Competition in the era of the energy transformation,” which denounces these undesirable developments. The system, it concludes, is rewarding the most inefficient plants, contributing nothing to climate change, threatening the power supply, and putting the poor at a disadvantage. An [urgent] change to the entire system is recommended.

Call a halt to renewable energy’

On September 10, chief executives from nine of Europe’s biggest electricity suppliers were in Strasbourg — where the European parliament sits this week — “to protest against Europe’s current energy policy,” reports La Croix. The group also proposed what their press release describes as “concrete measures to rebuild Europe’s energy policy.”

“We have to reduce the speed at which Europe is building new wind farms and solar panels. At the moment, it is not sustainable,” declared Gérard Mestrallet, CEO of French energy giant GDF Suez, who is quoted in the columns of The Financial Times.

While insisting that they were not opposed to renewable energy, the executives —

… argued that some renewables no longer required public subsidies, and government support should be ‘limited to technologies that are not mature today, such as tidal and wave power’.