Ideas Europe, colonisation, and memory
A close-up of the monument to Italians fallen in Africa, in Syracuse (Sicily). 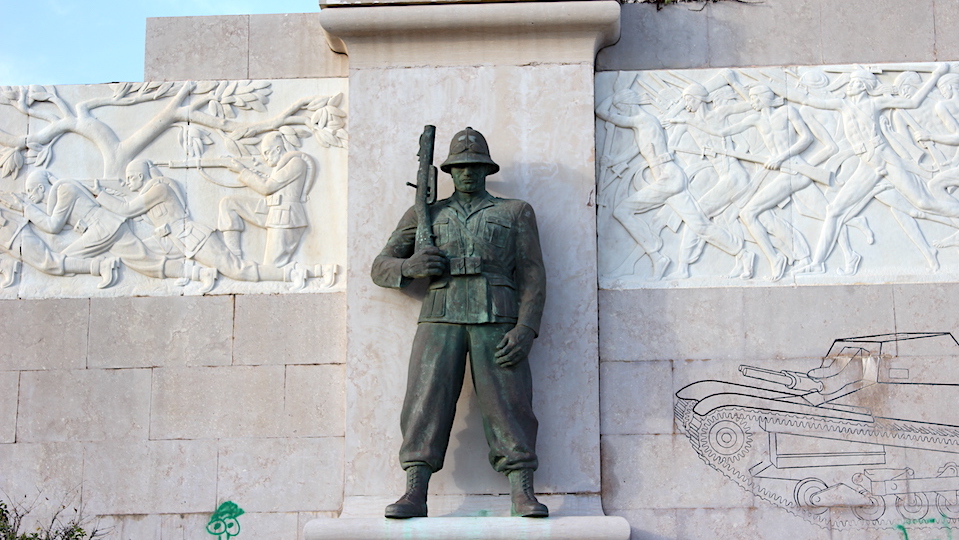 To heal the wounds of colonialism, let’s build monuments to its victims

The Monument to Italians Fallen in Africa at Syracuse (Sicily) was an initiative of Mussolini to celebrate fascist colonial ventures. It is emblematic of Italy’s and Europe’s unresolved relationship with its colonial past, an issue thrown back into the spotlight after the wave of Black Lives Matter protests in the United States. According to Somali-Italian writer Igiaba Scego, it is a wound that needs to be healed, starting with its symbols.

Tonio86 | Wikimedia  | A close-up of the monument to Italians fallen in Africa, in Syracuse (Sicily).

Syracuse is one of the most fascinating and revealing places in all of Italy. As early as the Roman period, Cicero called it the most beautiful city in Magna Græcia. It was here that the Phoenicians and Greeks traded. Until the Roman conquest, Syracuse was an important crossroads in the Mediterranean macrocosm. This city, as all of Sicily, witnessed raids, conquests, and moments of decline interspersed with more prosperous periods. Over time, Arabs, Byzantines, Normans, Swabians, and the Aragonese came through here and their passages all left a mark on its breathtaking landscape.

It is often overlooked that Syracuse was also a fascist city, insofar as fascism made it one of its most famous, and most mistreated, outposts. It was not by accident that Benito Mussolini referred to it as “the colonial capital”, since it was from the shores of Syracuse that the conquest of Africa was launched in the 1930s. Its geographic location allowed the fascist regime to assure all manner of supplies, from provisions for soldiers to weaponry.

The city was linked to colonised Libya by a ship service, as well as the postal service, which went all the way to Mogadishu and Asmara, after leaving Syracuse and crossing Libya. The Sicilian city was also connected to Tripoli and Benghazi by underwater cables. In short, being at the center of this colonial history was a moment which is still to this day considered (wrongly) as a great pride of the city. It should be remembered, however, that it did not last long. Over time, other Sicilian outposts such as Catania were preferred over Syracuse.

From this fascist – and above all colonial – past, today remains a construction known as the Monument to Italians Fallen in Africa which dominates, unquestioned, the Piazza dei Cappuccini on the city’s waterfront. Residents as well as tourists go there for the scenery, among the city’s most beautiful. But it is rare for anyone looking at these statues to wonder what they are doing there. The history of this monument is interesting and represents a European trend, throughout the entire continent, for colonial history to be forgotten, or worse, trivialised. A part of the past but one “better not to talk about”.

A thing which, even though it has been removed from both institutions and individual Italian or European families (which includes grandfathers, father, or uncles who went to Africa), sometimes reappears in the couplet of a song, or in a line in a film (think of the film Big Deal on Madonna Street, a famous Italian film, when Vittorio Gassman, in the fake rescue of Carla Gravina, says to her f…