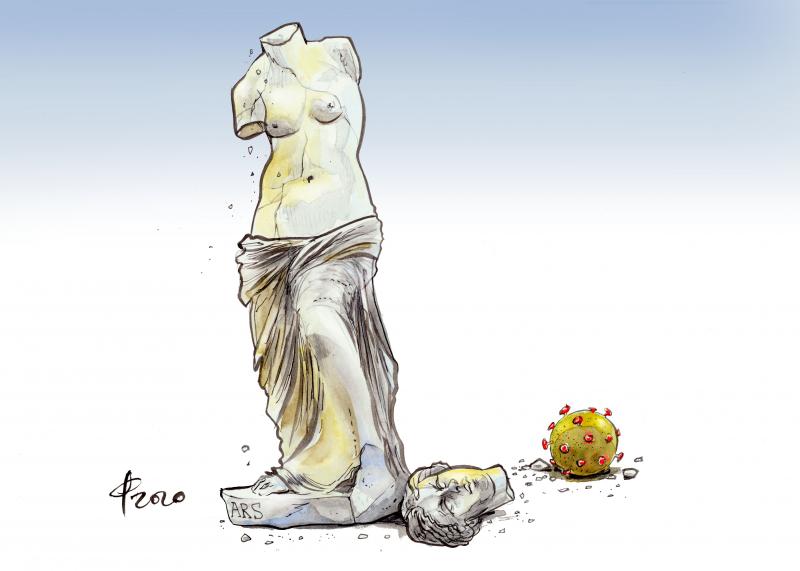 As national parliaments are debating the European recovery plan, it is still time for it to include a real cultural dimension. This is all the more crucial as the culture is among the sectors that have suffered the most since the beginning of the pandemic, say prominent European cultural actors.

Recently the American geopolitician Joseph Nye recalled that one of the major strengths of the European project was its transnational culture. This common culture, obvious to any outsider, is something we EU citizens find increasingly difficult to perceive and too easy to neglect. This situation affects our ability to think collectively at a time when, more than ever, European unity is indispensable. It gives us the means to shape our destiny, instead of enduring it.

The creation of Ministries of Culture in the aftermath of the Second World War and especially in recent decades has tended to privilege the specific features of each of our cultures, in disregard of our common cultural heritage. In an effort to demonstrate their utility, these institutions ended up highlighting what divided us rather than what brought us together. At times, they have even encouraged, despite the best intentions, nationalism, populism and corporatism to the detriment of the universally oriented creation that is the genius of Europe. It is this dynamic that must be broken. Another approach might have been to emphasise our diversity as well as our commonalities, and to put each of our particularities into a European perspective, which Polish medievalist Bronislaw Geremek was able to do so well.

In her State of the Union address, President of the European Commission Ursula Von der Leyen offered a fresh perspective when she outlined a New European Bauhaus. The challenge is significant: create a new urban public space, the fruit of transdisciplinary collaboration at the crossroads of architecture, culture, new technologies and citizenship, which will also accelerate the environmental and digital transition of our cities.

For the first time, The European Bauhaus reflects European institutional awareness that the recovery plan cannot merely consist of tens of billions of euros allocated by people in suits. On the contrary, the European recovery plan must be part of a real social and cultural movement, capable of winning the hearts and minds of our fellow citizens.

To move from Reason to Feeling, to foster unity and fight rampant populism: Eleanor Roosevelt understood that this was fundamental to a New Deal which was truly for the people. Thanks to the First Lady, the New Deal included a powerful cultural component: the "Federal Number One" project fostered national cohesion and enabled the US to become an extraordinary cultural power. Before then, European culture had always been the benchmark. Nine decades later, this soft power remains a fundamental dimension of its global influence.

Today, while national parliaments debate the European recovery plan, there is still time for this plan to incorporate a genuine cultural dimension – a European Cultural New Deal that is in keeping with the European traditions of the Renaissance, linking art, technique and technology. This is all the more crucial now, as the world of culture, along with air transport and tourism, one of the sectors most heavily impacted by the pandemic. Besides the question of a real European budget managed in a federal manner, the time has come to break an even more powerful taboo: Europe’s neutral identity. This neutrality has led the European institutions to neglect cultural policies and to systematically reject any symbolic dimension in favour of a pragmatism devoid of soul.There are three conditions for swiftly placing culture at the heart of the European project.

First of all, cultural actors should assume ownership of initiatives such as the New European Bauhaus, the action plans for media and democracy which have a strong cultural dimension, as well as the new "Creative Europe" programme. They should also be in a position to propose transnational projects. There is an urgent need for action: "Rebuilding Europe, 2nd European panorama of cultural and creative industries" highlights the disastrous impact of Covid on the sustainability of a sector that today represents 7.6 million jobs across the Union. It also also demonstrates the need for massive European investment to boost creativity in a world that is reinventing itself.

Secondly, the Member States should give a place to culture within their recovery plan, and make it an effective priority for long-term investment, with the minimum objective of devoting 2% of total resources to culture, as proposed in a European Parliament resolution. Finally, a broader push, inspired by the "Federal Number One" and projects such as the "Writers' Project", which has enabled the emergence of a true modern American culture based on diversity of narratives, should be developed on a European scale.