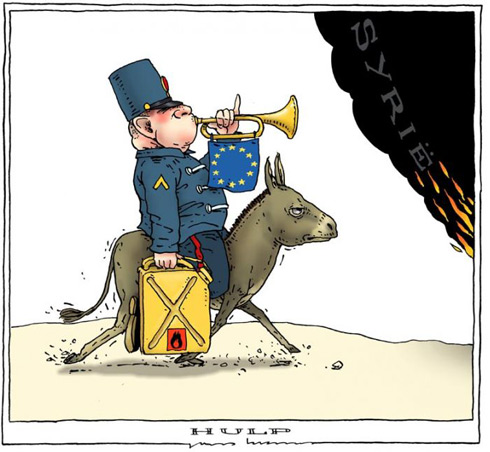 Due to a lack of a common stance on military support for the Syrian rebels, the EU's 27 has effectively lifted the embargo on the export of arms to Syrian forces battling President Bashar al Assad.

The measure was opposed by some countries, including Germany and the Netherlands, partly over fears any weapons sold would ultimately fall into the hands of jihadist groups, and partly due to concerns over provoking a military escalation in the conflict.

Indeed, only a few hours later, Moscow announced it would honour a contract to deliver ground-to-air missiles to the Damascus regime, claiming its arms shipments were designed to be a "stabilising factor" which would deter foreign intervention in the country.

You may unsubscribe at any time. Your email address will not be shared with third parties. *
Categories
Politics and democracyEuropean UnionSyria