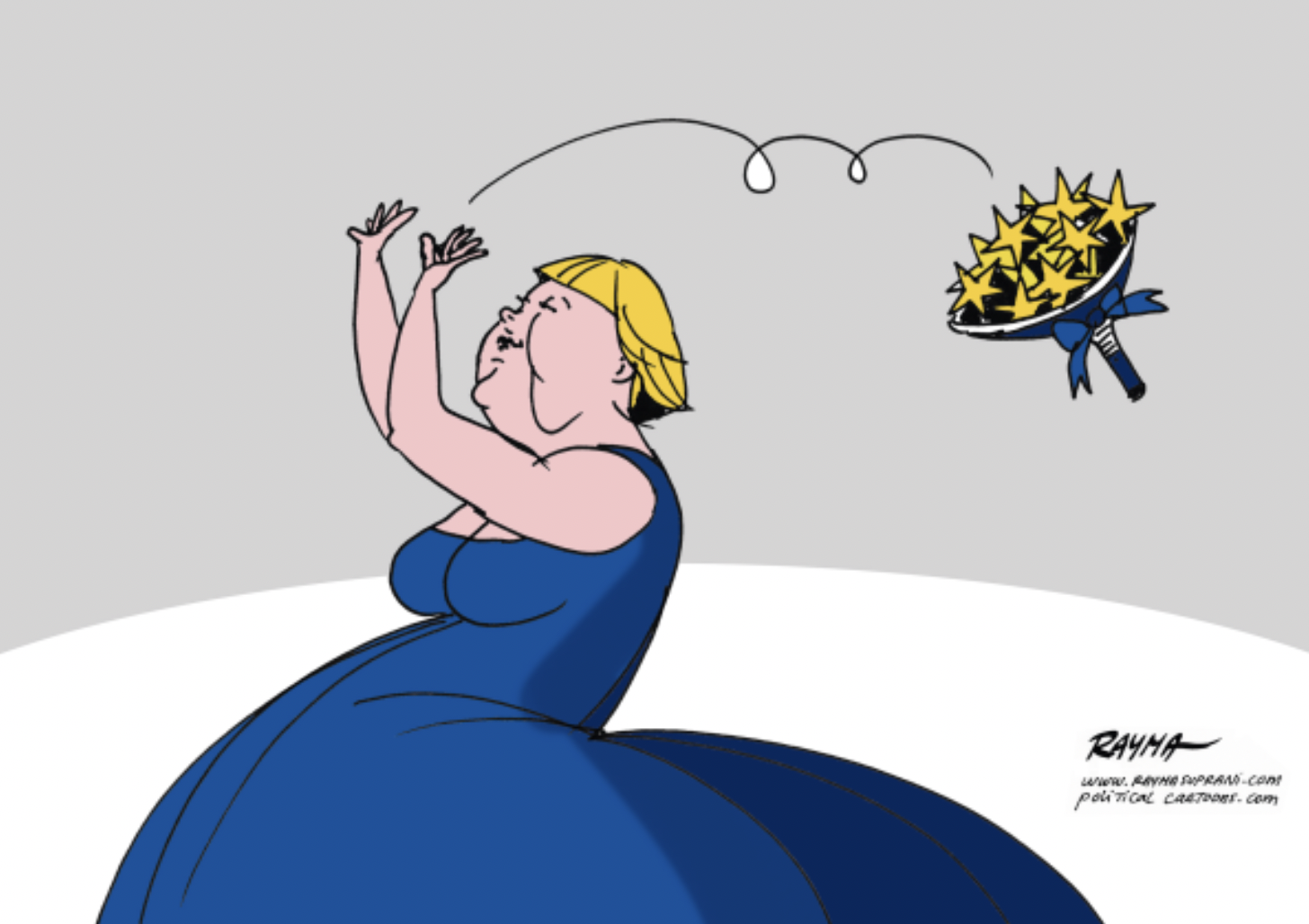 Europe’s fate is at stake in Germany’s election

During her 16 years in power in Germany, Angela Merkel has been a central figure in European politics. After her departure, an effective coalition government in Berlin is only one of several things needed to set Europe going, says Oxford political scientist Timothy Garton Ash.

In Brussels last week, I found everyone waiting for Berlin. In Berlin, I found everyone electrified by an unexpectedly wide-open election. One thing, however, is clear: the new German government will be a coalition, almost certainly of three rather than two parties. That points to the deepest question underlying this pivotal European event: can democracy deliver? More precisely: can the European model of change through democratic consensus, of which Germany is a prime example, produce the actions that Europe badly needs if it is to hold its own in the 21st century?

The European Union is like a giant  slot machine. The more pineapples, or oranges, line up on the screen, the better the results. This German election will account for about four fruits in a row; France's presidential election next spring will spin another three. Italy and Spain contribute perhaps two  each, with the rest being generated by other European countries and the European institutions.

Whatever the EU's own constitutional theory, in practice the alignment of national governments remains the key to  any major initiative it takes. My friends in Brussels constantly talk about 'the Germans' pushing this or 'the French' pushing that. Most European commissioners retain a national tint. Even the big pan-European party groupings in the European Parliament are significantly influenced by national parties from the largest member states. To make the Union work well requires a coalition of coalitions made up of coalitions.

Critics constantly talk about a 'democratic deficit' of the EU but in reality almost the opposite is true. The system is so complicated and slow-moving precisely because it requires the consent of 26 democratically elected governments plus Hungary, as well as a democratically elected European Parliament and sometimes also sub-national states and regions. The EU is a permanent negotiation. The wonder is not that it moves slowly but that it moves at all.

A crisis can help. Without the Covid pandemic, we would not have the €750 billion of grants and loans, drawing on mutualised European debt, in the recovery fund that is also known as Next Generation EU. A giant poster on the side of the European Commission's Berlaymont building in Brussels shows a joyfully leaping young European, with the words Next Gen EU splashed across one shin; but really a spikey virus should be up there in lights as well. An optimist would say that floods in north-western Europe and forest fires in Greece have made Europe wake up to the climate crisis. Yet it's an odd polity that relies on successive crises for its survival.

In the capital of Germany, Europe's central power, the talk is all of the different possible coalitions that might emerge from what will probably be months of coalition talks following the federal election on 26 September. Wits remark that, long after all the obituaries on her 16 years in power have been published, (acting) Chancellor Angela Merkel may yet deliver the 2022 New Year's address, wearing another of her colourful jackets.

Talking of colours, the two most likely coalitions are described as 'Jamaica' (black for Christian Democrats, yellow for Free Democrats, green for Greens) or 'traffic light' (substitute Social Democrats' red for Christian Democrats' black). Both coalitions would be firmly pro-European. An analysis of party manifestoes shows that the Greens and Free Democrats have the most pro-integration, federalist visions for Europe, although with important differences between them. Armin Laschet, the Christian Democrat candidate for chancellor, is a classic West German West European, with a statue of Charlemagne in his office. (His brother claims the family is actually descended from Charlemagne.) There is no doubting his personal European commitment.

More : Timothy Garton Ash: ‘Hungary shows us that we haven’t yet succeeded in linking the Europe of values to the Europe of money’

On balance, though, it seems to me that the traffic light coalition would be the one most likely to produce the green light for Europe. Sunday evening's television debate apparently reinforced the view of a plurality of Germans that the Social Democrats' Olaf Scholz, the solid, steady and experienced finance minister and deputy chancellor, is the one best qualified to succeed Merkel. I tend to agree with them. All the parties in the two likeliest coalitions seem finally to have grasped the urgency of addressing climate change and, in their different ways, are determined to work with the mighty German business sector to organise the necessary economic transformation. The devil is in the detail, but this will undoubtedly reinforce the EU's own green initiatives, led by commission vice-president Frans Timmermans.

Where the traffic light coalition scores over Jamaica is on the Eurozone. Either of these three-party coalitions would almost certainly have a hardline German finance minister in Christian Lindner of the Free Democrats. (He once told me 'there is only one ministry in Berlin', meaning the finance ministry.) But a chancellor Scholz is more likely than the fiscally conservative Christian Democrats to show the pragmatic flexibility that will be needed not merely to prevent the Eurozone from collapsing – that much any likely German government will do – but to make it work better for the long-suffering economies of southern Europe.

Nonetheless, difficult coalition negotiations between three parties will necessarily produce complex compromises, and therefore a less clear, forceful impulse to Brussels. And Germany is still only four pineapples on the European slot machine. Assuming that French president Emmanuel Macron ends up fighting the second round of next spring's presidential election against the nationalist populist Marine Le Pen, the hope must be that he will prevail. But having spent some time in France before going on to Brussels, I feel a nagging unease. The populist witches' brew that combines the themes of immigration, Islam, terrorism and crime into a single fear-inducing narrative is very powerful in France. An unforeseen event, such as a terrorist attack on the eve of the second round, could just make the unthinkable happen.

Europe also needs 'Super Mario' Draghi to remain as prime minister in Italy, rather than switching over to being the country's president, possibly triggering an election in which Italy's own nationalist populists could do well. And it needs a sensible government to remain in power in Spain. Then and only then would you have, by the middle of next year, the digits aligning for a post-Covid period of dynamic European reform.

All this is possible, but very far from certain. What government emerges in Berlin is the first, but only the first, test of whether the European model of change through democratic consensus can deliver the goods. If democracy does not deliver, then young Europeans will look for alternative models. In an EU-wide opinion poll conducted last year for my research team at Oxford University, 53% of young Europeans said they think authoritarian states are better equipped than democracies to tackle the climate crisis. Europe's challenge is to prove the opposite – and not just for the climate crisis.

👉 Original article at the Guardian.