Cartoon War in Ukraine and food 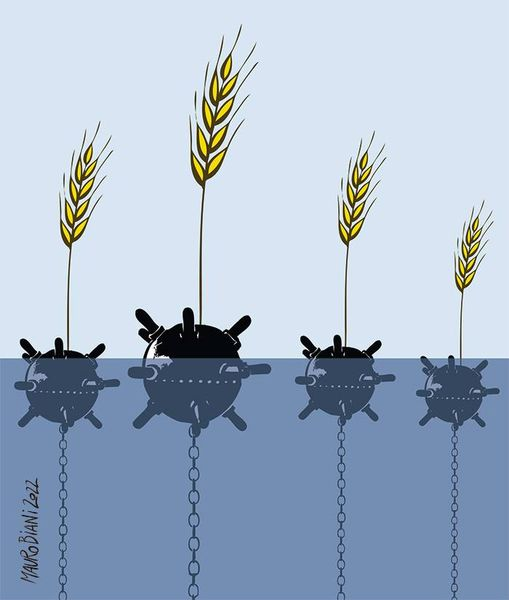 Cartoon War in Ukraine and food

After Russian gas and oil, it is now the turn of Ukrainian grain to fuel global concerns about the consequences of the conflict. Since the beginning of the invasion, Ukrainian ports on the Black Sea have been blocked by Russian forces. Exports are blocked, and more than 30 million tonnes of grain are now waiting to leave the world’s fourth largest grain exporter, and free up space for the next harvest.

More : Ukraine’s friends must stand together against those who oppose its accession to the EU

The potential loss of Ukraine's grain reserves, combined with the disruption of its agriculture and destruction of its seed bank, raises the threat of a food crisis that would stretch far beyond the conflict zone. Discussions between Turkey and Russia are currently underway to create a corridor for the export of Ukrainian goods. It remains to be seen what the Kremlin will demand in return: for Vladimir Putin, a global famine is not an undesirable consequence of the conflict, but another weapon in his arsenal.

Elsewhere, the European Commission is due to make its recommendations on Ukraine's membership application on 17 June. The EU-27 heads of state and government are due to discuss the matter at a summit on 23-24 June in Brussels.