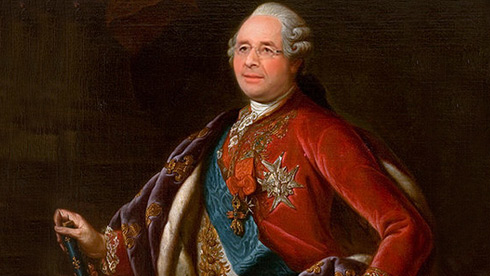 François Hollande, a king in danger

French leader may come to be seen as the victim of a revolt against modern elites, says Dominique Moïsi.

François Hollande may have had François Mitterrand as his role model – a Machiavellian operator. One might have wished he would be a French Gerhard Schröder – a tough reformer. But, in the wake of the Cahuzac scandal, France’s president looks ever more like a modern Louis XVI – the king guillotined by revolutionaries.

After five years of economic and social crisis, and with no light at the end of the tunnel, the French are losing patience not only with their politicians but with all of their elites. Mr Hollande, like Louis, might prove to be an unexceptional man in exceptional times.

Ancien regime France fell, taking Louis with it, when the privileges of the aristocracy were no longer perceived as the counterpart to services rendered to society. Mr Hollande may be seen in the future as the victim of a revolt against France’s modern elites.

He sits at the head of the political aristocracy, which spans both the left and the right, and which has lost contact with the rest of the country. Their “small deals between friends” were accepted because their contribution was seen as positive. But in France today, as throughout Europe, the privileges of the elites are perceived as unfair.

It is one of the keys if not the major explanation for the rise of a populism that has the unsavoury perfume of the 1930s. Unlike then, there are no external powers encouraging the hard left or hard right. But a weak economy and scandals are fuelling extremism.