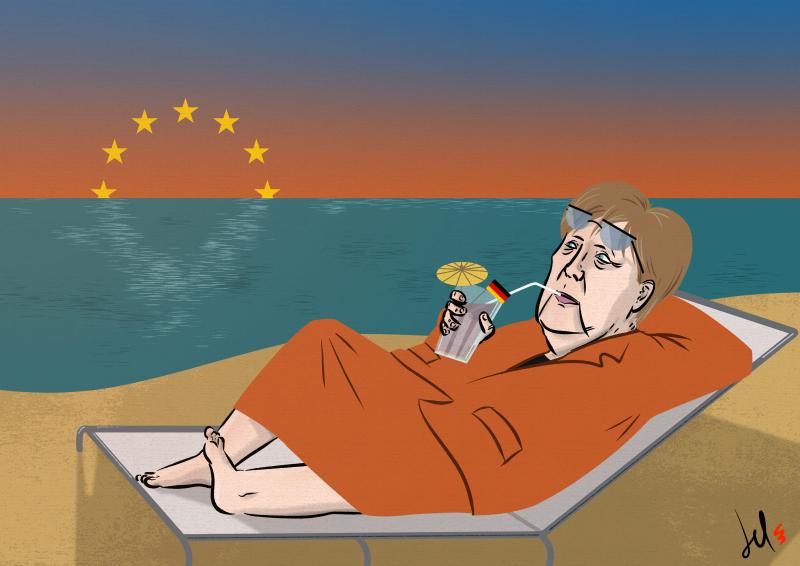 The disenchanted “Generation Merkel”: a divorce between youth and political power

Like many young Germans born after reunification, Paul Ostwald has barely known anyone but Angela Merkel as chancellor. Now, as Merkel prepares to step down, the reassuring stability she embodied has turned to disenchantment, which is likely to turn up at the ballot box on 26 September.

What made these memes so amusing was the exaggeration of the seemingly endless trust in Angela Merkel that had come to define the previous ten years, and the ironic punchline: the chancellor, even at the height of her powers, is neither omnipotent nor responsible for every little thing – tire, gutter or pizza – in the Republic.

More : A chancellor made in the GDR

These memes were especially viral among younger people. I am of the generation of Germans that has known no other chancellor. Like everyone born around 2000, Gerhard Schröder's chancellorship is at best a dim memory, except for some vague images from talk shows. And the longer I contemplate such images, the more I suspect that such memories were in fact only acquired post facto.

Merkel was chancellor when the global economy collapsed like a house of cards in 2008, when the Syrian war broke out, and when Donald Trump became US president. But above all, she was chancellor when we started school, when we were given our first flip phone and our first pet. The flip phones and pets disappeared, while Angela Merkel remained. Her face accompanied us as we grew up. Every four years, various men would appear on posters, only to disappear right after elections in which we were too young to participate. Merkel, it seemed to us, was unassailable.

Those memes were just a prequel to our tale of disenchantment that began in autumn 2015. As if awakened from a slumber, we suddenly realised that Merkel the all-powerful had become a flesh and bone politician. Shortly after the summer of that year, topics of which we had been blissfully ignorant suddenly entered the agenda: climate, migration, digitalisation, social cohesion. This was new territory where blind faith in our chancellor was no longer an option. For the first time we had the feeling that Merkel’s policies were not for us.

More : The cartoonists’ view on “Mutti”

In the 2017 Bundestag election, the first in which I could participate, I did not vote for the CDU. And I was not alone. Only one in five Ge…