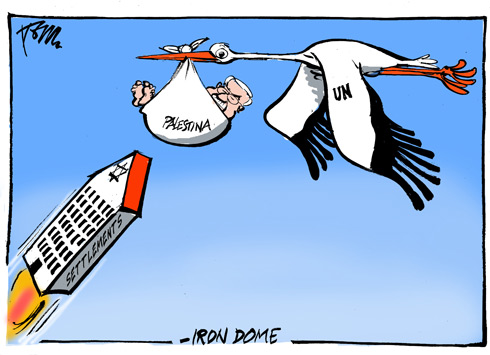 In an unprecedented move, five European countries – Denmark, Spain, France, the United Kingdom and Sweden – have summoned their Israeli ambassadors to protest against the Tel Aviv government's plan to build 3,000 new homes in the West Bank and East Jerusalem, and Israel's decision to suspend the payment of tax collected on behalf of the Palestinian Authority.

The EU has repeatedly called on Israel to "immediately cease settlement expansion" without result. As a means of putting extra pressure on Israel, former Irish president Mary Robinson and Finnish counterpart Martti Ahtisaari, propose relabelling Israeli goods to distinguish between those made in Israel and those manufactured in Israeli settlements. They suggest the new label "made in Israeli settlements". The settlements are considered illegal under international law, though Israel disputes this.