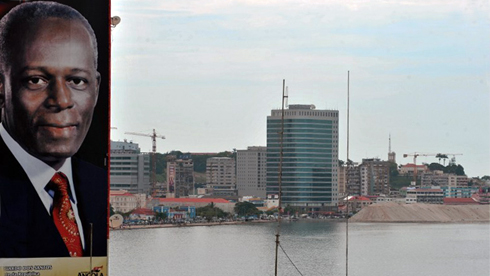 Lisbon closes its eyes to ‘dirty money’ from Luanda

Battered by the crisis, the ancient city has become a “supermarket” where the new fortunes of the former colony, beginning with the family of President Dos Santos, are increasing their stakes in banks and real estate. In Lisbon, the dubious origin of some of the capital has caused concern, reveals Mediapart. We are publishing the news website’s investigation in two parts.

Operation appeasement in Luanda: fourteen Portuguese MEPs travelled in early November to the capital of Angola in an attempt to defuse tension in relations between Lisbon and its former colony.

The Portuguese foreign minister thought it best, in mid-September, to make “diplomatic apologies” to Angola for an ongoing investigation of Angolan officials in Portugal, but the unexpected release of the report has had the opposite effect, complicating matters between the two capitals. The Angolan president, José Eduardo Dos Santos, in office continuously since 1979, declared in his October 15 State of the Nation speech the conditions for a 'strategic partnership' were no longer in place.

In an October 21 editorial entitled “Farewell Lusophony”, the Journal of Angola, the official newspaper of the Luanda regime, denounced what it called “intolerable aggression”. It had already declared, several weeks earlier, that Portugal should not “give lessons” to its former colonies.

The news prompted an immediate scandal in Lisbon, where politicians and editorialists were outspoken in their criticism of the submissive attitude adopted by the minister. It also backfired on the government in Luanda, which now feels “under assault” in an explosive debate about the relationship of dependency that connects the former metropolitan power, on the brink of bankruptcy, to its former colony, which is enjoying a rapid economic ascendancy.

[[Some media commentators have remarked that the brutal mismatch between the two countries today is a kind of “revenge” for the history of Angola]]. With an unemployment rate of around 17 per cent and an entrenched recession (a contraction of -1.8 per cent expected for 2013), exacerbated over the short-term by a tough austerity policy, Lisbon seems willing to do anything to attract foreign investment. Luanda, in contrast, is posting impressive growth rates (close to 15 per cent in the early 2000s), thanks to soaring oil prices and diamond sales, and is being wooed by investors from China and Brazil. Symptomatic of this switch of roles, Portugal’s trade balance with Angola, still positive in 2012, plunged into the red over the first six months of 2013. Lisbon now imports more Angolan oil that it can pay for with exports to its former colony. At the same time, Angolan investment in Portugal, which is difficult to quantify, has been on the increase since the start of the 2000s.

All of this would be well and good were it not for the fact that Angola is not just a former Portuguese colony, with a population of 19 million, which has been scarred by a long civil war that only ended in 2002: it is also one of the most corrupt authoritarian states on the planet, ranking 157 (out of 176) in Transparency International’s assessment. It is also governed in an entirely murky fashion by the Dos Santos family and the president’s MPLA party.

The “Revenge of the Colonised” is more than ambiguous. A good many Angolan “investments” in Portuguese luxury real estate and banks are suspicious in as much as they only benefit a small circle of entrepreneurs close to the centres of power in Luanda. Several Lisbon sources contacted by Mediapart describe a dizzying system in which Portugal serves as a hub for laundering dirty money for the country’s nouveaux riches.

Portuguese journalist Pedro Rosa Mendes, now teaching at EHESS (Ecole des Hautes Etudes en Sciences Sociales in Paris), says that the money-laundering began well before the current crisis. It started, in fact, towards the end of the 1990s, when Angola, in the midst of its civil war, granted new concessions for its petroleum reserves. The decision sparked an explosion in oil production in the country, which rapidly filled the state’s coffers and strengthened its influence on the international stage. The recession, which subsequently engulfed the countries of southern Europe in 2008, only served to speed up the great transformation of the relationship between Angola and Portugal.

A creature invented for the clan

How many people have managed to get their hands on the jewels of the ancient metropolitan power? A number of families close to the presidency in Luanda – several hundred people in all – went on the offensive, armed with Angolan and Portuguese visas. “The newspapers write about ‘presidential circles’. But it’s mostly Dos Santos himself and his own family at the front of the queue,” says Pedro Rosa Mendes.

His “own family”, and above all his eldest daughter. Isabel Dos Santos, aged 40. A graduate of King's College in London, and the only female billionaire in Africa, [[Ms Dos Santos is one of the key figures in this steamy post-colonial saga]]. According to the official Angolan press, she is living proof that Angola, a country where 70 per cent of the population lives on less than two dollars a day, can also be home to success stories in the world of international finance. The heiress, from an earlier marriage of Dos Santos, holds a breathtaking portfolio of assets in Portugal. In just a few years, she has taken over half the capital of the telecom giant created by the merger between ZON and Optimus, and a good chunk of Portuguese bank BPI, in which she is the second-largest shareholder with a stake of 19.4 per cent. She is also on the board of directors of another financial institution, BIC Portugal, and has shares in Amorim Energia, which controls nearly 40 per cent of Galp, one of Europe’s leading petroleum and gas groups.

Based on the value of her holdings, “the Princess” is currently the third-wealthiest person on the Lisbon stock exchange. With a fortune estimated at $1.7 bn, she has become indispensable to the Portuguese economy. At first glance, it’s difficult not to welcome the massive inflow of fresh capital, given that Portugal is slowly bleeding money… However, the issue becomes complex if you look into the dubious origins of the Ms Dos Santos’ fortune. This is what the American magazine Forbes set out to do in an investigative probe published last September, which caused a huge stir in Lisbon – but less of a commotion in Luanda. The probe’s conclusion was irrefutable: “Daddy’s girl” is a creature invented from scratch by her father in order to skim off, for the benefit of his “clan”, public revenues from petroleum and diamonds, before stashing the money abroad – in other words in Portugal.