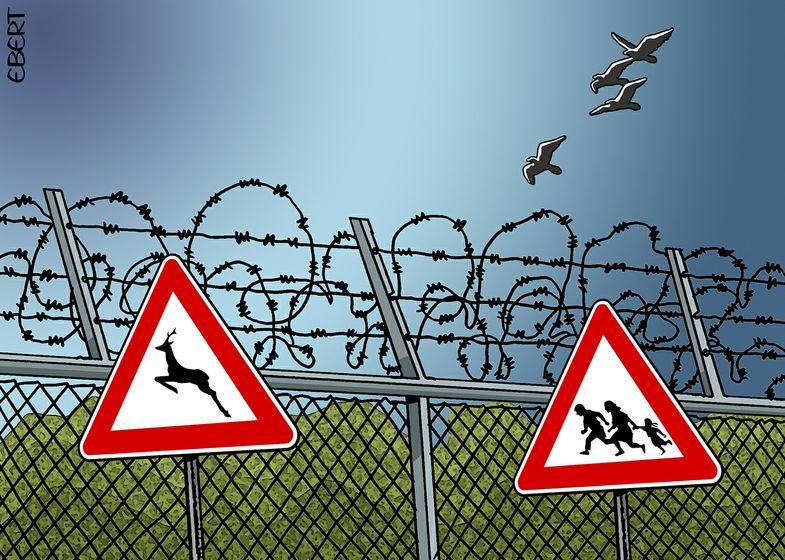 Migrant children: The “best interest of the child” is ‘an idea without real guarantees’

The third part of our series on the European Pact on Migration and Asylum addresses the issue of migrant children. Despite a handful of measures and many recommendations in their favour, their plight in the EU continues to worsen.

In drawing up the New Pact on Migration and Asylum, the European Commission was once again faced with a conundrum: how to reconcile the desire to reduce irregular immigration with the legal obligation to protect minors? A first step was to sprinkle the Pact with references to "the best interests of the child". With the risk, according to Elisabeth Schmidt-Hieber, communications officer for SOS Children's Villages International, "that this notion is placed here and there without any real guarantees".

The Convention on the Rights of the Child (CRC) defines a child as "every human being below the age of 18 years", a definition taken up by the Commission in its 2017 Communication on the protection of migrant children. However, the Pact specifies that only families with children under 12 years old will be exempted from the new accelerated asylum procedure at the border.

It is a "problematic" distinction for Elisabeth Schmidt-Hieber, who points out that the 2003 Directive on family reunification also provided for different treatment according to the age of the minor: "When a child is over 12 years old and arrives independently from the rest of his family, the Member State may, before authorising his entry and residence [...], examine whether he meets an integration criterion". On what basis does the Commission distinguish between children under and over 12 years of age?

Contacted in connection with this article, a Commission spokesperson points out that the 2013 Procedures Directive, by allowing member states to apply procedures at the border, does not provide "an explicit exemption for accompanied minors". The exemption provided for in the Pact should therefore be seen as a step forward, "ensuring an appropriate balance between the protection of the most vulnerable and the need to maintain an effective border procedure with a sufficiently broad scope". In other words, since exempting all families with children would reduce the scope of the (now compulsory) procedure, childhood has been divided into two sub-categories, with the threshold at the age of 12 being drawn according to a criterion that remains unexplained.

The concept of the best interests of the child is also problematic. The CRC does not provide a precise definition, but the term is generally associated with "the protection and development of the physical and mental well-being of a child". According to the Commission, it would, for example, be in the interest of children over 6 years of age to be registered, if necessary by coercion, in the Eurodac biometric database. This would help protect them from human trafficking, find them if they go missing and identify their family ties.

Criticized as a disproportionate and unnecessary violation of the fundamental rights of the child, this point of the proposed amendment of the Eurodac Regulation of 2016 is found as it stands in the new version contained in the Pact. Detention and forced returns are other examples of the legal use of coercion provided for in the Pact, as well as in the Return and Reception Directives, which are still under negotiation.

While this arsenal is being consolidated in Brussels, in the rest of the EU, particularly at the borders, brutal treatment of migrant children is increasing with the complicity of the authorities. Following the EU-Turkey agreement of 2017, thousands of minors have remained stuck in hellish "reception camps" in Greece. Illegal pushbacks at the borders – between Croatia and Bosnia-Herzegovina, Austria and Slovenia, Greece and Turkey – are increasing. Until 28 October, the Canary Islands authorities were separating families on their arrival in the archipelago while waiting for a DNA test to prove family ties.

But it is above all the fate of unaccompanied foreign minors (UFMs) that betrays the limits of the EU's commitment to the "best interests of children". Apart from exempting them from the accelerated asylum procedure at the border, the Pact proposes measures with little binding force.

Since 2003, these minors have had the right to a representative upon arrival on EU territory. In practice, the presence of these representatives (often volunteers), their role and their powers vary greatly from one member state to another. The Pact proposes to increase the resources available to them and to strengthen the European Guardianship Network, launched in 2018. It remains to be seen what resources will actually be invested in this area, and by which member states.

Belgium created a Guardianship Service as early as 2002. "I can follow up to 25 minors a year, but my maximum has been 17", explains Ann, a guardian since 2016. "Establishing a relationship of trust requires total availability." Paid as an independent contractor, Ann accompanies the minors in the procedures they must follow and monitors their accommodation, their schooling and their health, and this "independently from any institution". If a minor does not wish to begin any procedures, "we respect their wishes", she says. If the guardian believes this desire goes against the young person's interest, "we are there to discuss and try to convince them". Can a return to the country of origin be in the interest of a UFM? "I have never heard of a young person followed by the Guardianship Service who has accepted a voluntary return", she says.

Any official link ceases on the eighteenth birthday of these young people. Yet how can we ignore their subsequent fate, especially if the steps they have taken to reside legally in the EU have not been successful? At the moment, Ann is hosting a former UFM whose application for protection has been rejected. "And I wasn't even her guardian!" It is impossible for her to remain indifferent to the brutality of a system that accompanies young people as long as the law mandates it, only to abandon them to their fate or try to expel them.

In other countries guardianship services are more recent. This is the case of Italy, which in 2017 approved the Zampa law on the protection of UFMs, hailed as "exemplary" by many NGOs. But in the rest of the EU, few governments seem inclined to follow the example of Belgium or Italy. In Hungary, only minors up to the age of 14 are assigned a guardian (they are then entitled to a representative in following their procedures). France, despite having legislation comparable to Italy, has become “a machine for breaking children and their dreams”, as it is put in the title of a damning report on the criminalisation of such minors.

In this context, it is hard to see how a few recommendations from the Commission could change the situation. "To act in the interests of migrant children", concludes Elisabeth Schmidt-Hieber, "the age limit should be extended, rather than reduced, and young people should be supported after they turn 18". The opposite is happening, reinforcing the idea that migrant children are migrants before they are children.

This article is dedicated to Mawda Shawri, born in 2016 in Germany to Iraqi Kurdish parents, killed in 2018 by a Belgian police officer while trying to reach the UK with her family. The policeman is charged with manslaughter. The judgment of the Court 12 February 2021.