Cartoon 9 May in Europe and Russia 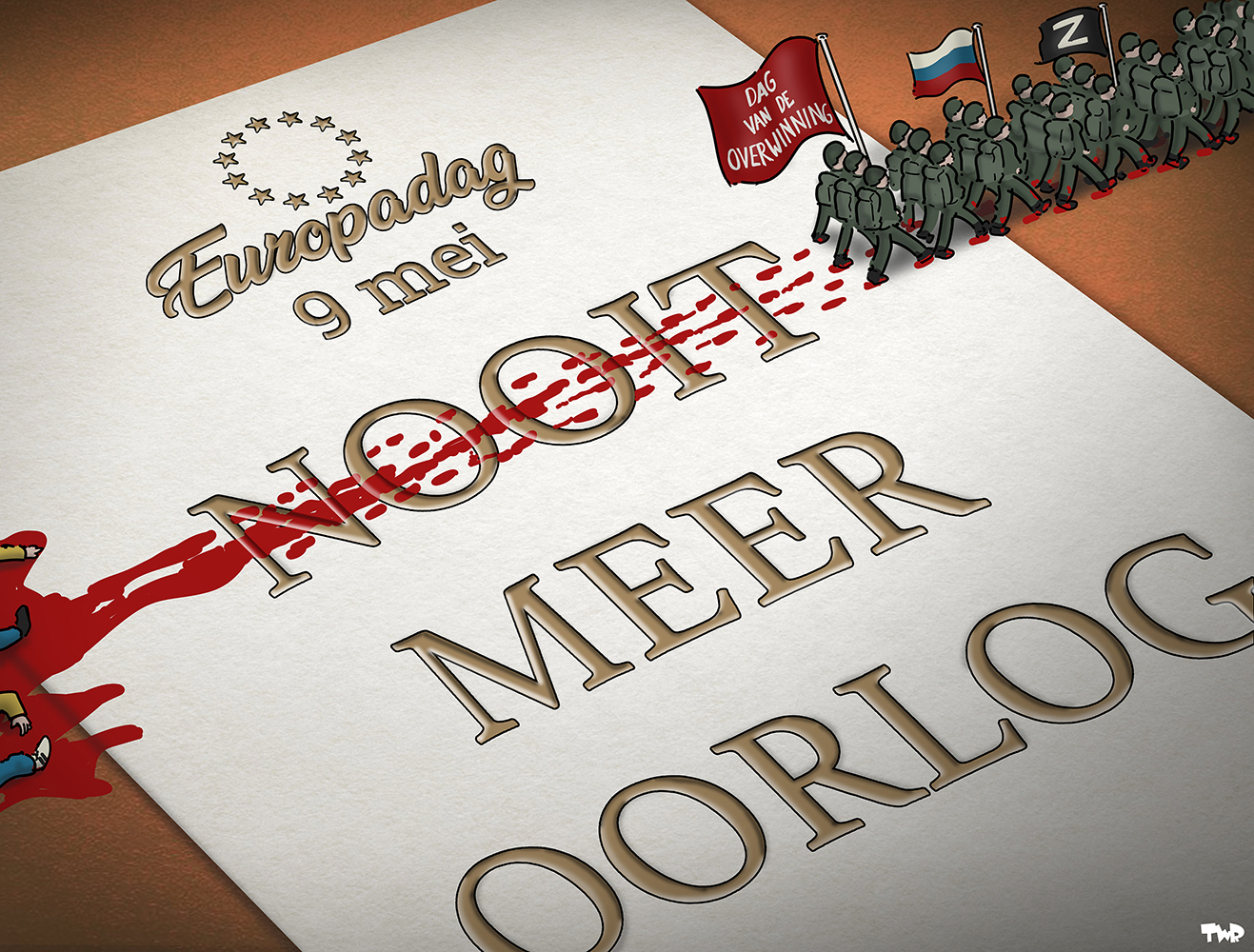 Cartoon 9 May in Europe and Russia

Europe Day 9 May. No more war.

On the flag: Victory Day.

This year's Europe Day had a special character: was a peculiar one: as EU countries were celebrating the anniversary of the Schuman Declaration, the founding act of the EU, Russia commemorated Victory over Nazi Germany Day while waging a war of aggression against Ukraine.

The meagre results of the Kremlin's "special military operation", and the fierce resistance of the Ukrainians, have led to fears that the Russian president would announce a military escalation. In the end, Vladimir Putin unsurprisingly blamed his Western adversaries for the Russian aggression, citing NATO expansion and a "Western invasion of Russia" as sufficient reasons to defend the "Motherland" in eastern Ukraine in an invasion described as "necessary, timely and just".