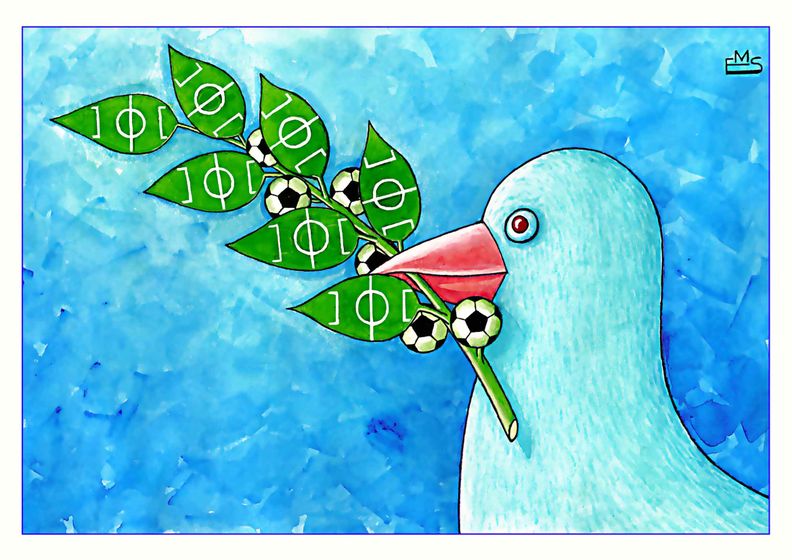 A Proposal for a 21st Century European Championship

Two journalists passionate about both football and Europe propose a tournament that replicates the national championships of different series on a European scale. More open, democratic, and inclusive than the Europa and the Champions' Leagues, it would strengthen European integration without the financial pressures of the football spectacle.

Coronavirus has plunged football into crisis not only in Italy, but all throughout Europe. As some leagues start up again, championships remain cancelled and the fate of other clubs remains uncertain. It is easy to imagine that a number of clubs will have a difficult time surviving and could go bankrupt. It is in this current context that the time seems right to consider a true European football championship – a more inclusive plan than the Superchampions League that has long been called for by clubs at the highest levels.

The time has come to organize a European championship. Even before the Covid-19 pandemic, many national championships already were showing signs of fragility and a lack of public interest, particularly because the disparity between teams is only getting bigger. When football activity was suspended, Paris Saint-Germain was already (with one less match) 12 points ahead of the second place team and 55 points ahead of the last place. Liverpool was 25 points ahead of Manchester City but, most importantly, 59 points ahead of Norwich City. The most undecided championships are now the exception and still concern a few teams who stand out from the rest of the category.

Given these circumstances, it is important to understand that in the long-term, the dream of the major teams to form a closed European super championship (meaning that other clubs will not be able to access it) based solely on sales revenue, risks reemerging and becoming reality. This would be driven solely by economic rationale, particularly television broadcast rights. This is why it is urgent to anticipate this trend and to also introduce a European club championship based only on athletic criteria, giving a chance to teams worthy of competing.

Secondly, the creation of a European club championship is a response to a historic rationale. In this new world of macro-regions, the Europeanisation of our societies is a deep-rooted trend, particularly because modern means (the proliferation of televisions, new technologies, development of marketing campaigns) make this evolution possible in the long-term. Already today, you can easily follow a match played in England, in Spain, or in Germany, which would have been nearly inconceivable at the time when European cups were introduced in the 50s, 60s, and 70s.

A unified, democratic, and inclusive Europe is our future. If we truly believe that we have a shared destiny, that we are citizens belonging to the same Union, we will one day have equal rights with solidarity among citizens. All forms of social, cultural, artistic, and athletic expressions must also follow this path, starting with football – one of the most powerful drivers of European integration, mutual awareness, and sharing. “Europe was born on a Wednesday,” wrote the sociologist Deltev Claussen, recalling how Champions Cup matches unified the awareness of the continent’s citizens, even before the fall of the Berlin wall.

Fans discovered Europe by following their teams; they fell in love with foreign clubs, spectators learned about distant opponents. Each European area became even smaller and closer. The idea of organizing Euro 2020 in twelve different capitals, launched by Michel Platini, was a new step toward the integration of sports and European society. We must push football even further, before investors who are far removed from European sports and social culture end up taking control and imposing purely commercial rules. This can only happen through a European club championship.

This is how this new tournament could be structured:

We could reasonably start with the 2022-2023 championship in order to allow all the federations that belong to the UEFA (there are 56) to prepare. The championship would be divided into four groups of 20 teams, totaling 80 teams in all. This choice would follow the UEFA rankings at the end of the 2021-2022 season. The two winners of each round would go onto play-offs which, through quarter finals, semi finals, and then finals, would earn the title of European champions.

This plan is open to discussion, adjustments, or other suggestions, while always keeping several key points. It is necessary to make football more European through a system which keeps the best parts of sports entertainment without it being the sole reserve of the most economically endowed clubs, through an inclusive system which guarantees greater mobility in rankings (advancements and eliminations), and the involvement of all European territories. Let us create 21st century European football now.