Cartoon Return of the Taliban in Afghanistan 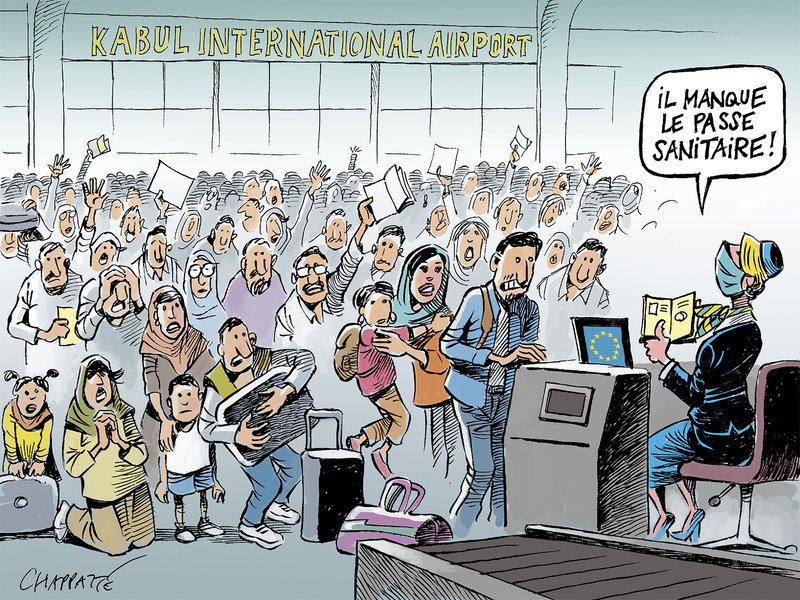 Cartoon Return of the Taliban in Afghanistan

‘The COVID Certificate is missing’

Since the departure of US troops from Afghanistan and the return of the Taliban to power, thousands of Afghans have been trying to flee the country, while foreign governments have been scrambling to evacuate their nationals, as well as their Afghan staff. The airlift at Kabul airport is "one of the largest and most difficult in history", said US President Joe Biden.

While health passes are being generalised in Europe to limit the spread of Covid-19, many countries fear a situation similar to that of 2015, when they had to deal with an influx of refugees. Some, such as Germany, the Netherlands, Finland, Sweden and Norway, have suspended the expulsion of Afghan asylum-seekers, a measure also requested by the European Commission. Denmark, Belgium, Slovenia and the Visegrád countries (Hungary, Poland, Czech Republic and Slovakia) have a more hostile attitude.

In 2020, about 40,000 Afghans applied for asylum in Europe. At the same time, deportations to the country continued, despite the situation there (more than 70,000 according to Matteo Villa of ISPI). Between 200,000 and 300,000 Afghans are waiting for a response from the authorities.