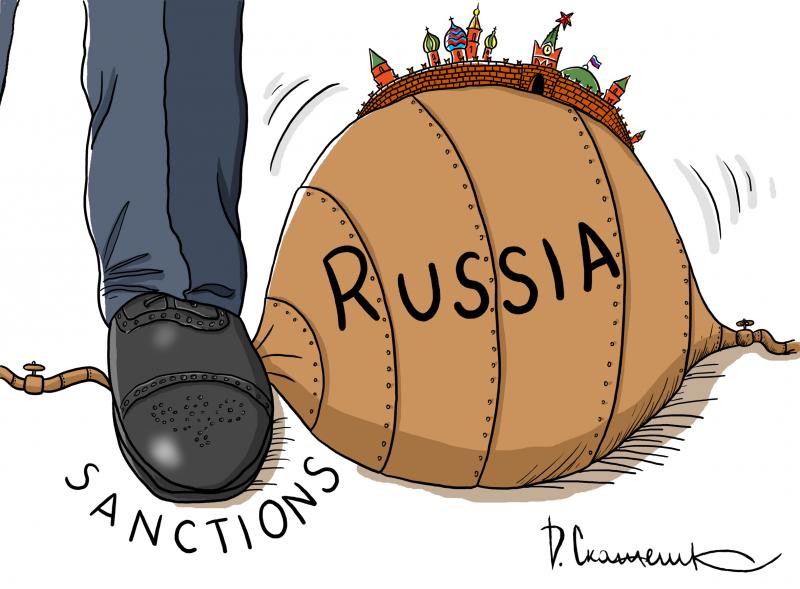 On a grand scale, businesses in Russia and Belarus have found a way to circumvent the European Union’s economic sanctions limiting the sale of goods to residents of those countries.

Despite legal restrictions, trade with Russia continues. Heavy fines and even prison sentences for violating the EU blockade have not prevented Russian companies from finding partners and depots in—of all places—Poland.

The Polish e-commerce portal Allegro.pl is very popular in Russia, and a particularly popular shipping destination for their products is Kaliningrad. Among those products are so-called "dual-use" goods, aimed at civilians, but also useful for military purposes. their sale to customers in Russia and Belarus is now forbidden.

More : From Romania to Ukraine and beyond: The lucrative business of Chinese cigarette smuggling

Nevertheless, these products continue to end up in Russia, along with plenty of other western products which were supposed to have been withdrawn from the Russian market following the outbreak of war Ukraine.

As part of the economic sanctions imposed on Russia by the European Union, European companies are currently prohibited from selling certain products to Russia. These include, as mentioned, "dual-use" products, but also high-tech products (including high-end electronics and software) and luxury goods (such as watches and jewellery).

As a result of these restrictions, many western companies have withdrawn from the Russian and Belarusian markets (Belarus has also been hit with sanctions, albeit to a lesser degree). Thus, a large proportion of goods from Europe and the US are now “officially” unavailable in those two countries.

It turns out, however, that this blockade is easily sidestepped, especially for Russian businesses operating as intermediary delivery services not far from the EU’s external border. Once the transaction is concluded, the customer availing of the Russian intermediary service provides the Polish seller with a delivery address in Poland, which is typically near the eastern border.

What happens next is simple: once the parcel has been delivered to the Polish address, it is then sent to the recipient in Russia or Belarus. During the transaction, the Polish seller is unaware that his goods have been sent outside the country, since he himself has sent them to an address in Poland.

From Allegro to Kaliningrad

Allegro is not the only e-commerce site with products dodging sanctions to arrive in Russia. Intermediaries offer their services to many online shops - such as Fastbox, a Kaliningrad-based company specialising in the “transport of goods from Europe".

"To residents of Russia and the CIS [Commonwealth of Independent States, consisting of nine of the 15 former Soviet republics] we deliver all kinds of goods from webstores across Europe, the US and Asia, and from the Polish online auction site Allegro," reads one of the company’s adverts. Fastbox takes care of everything: in their own depot in Poland where parcels arrive, staff change the packaging and destination address for shipment further east. The parcels are delivered by the Russian postal service or even the Polish post office, via its international express delivery service, which covers the CIS, but not Russia.

Deals apparently aimed at Poles, for the benefit of Russians

Fastbox's services go even further. The company also runs another portal, with all the appearance of a large webstore, with the motto: "Goods from Europe, Allegro.pl and elsewhere - low delivery costs". The site offers everything from …