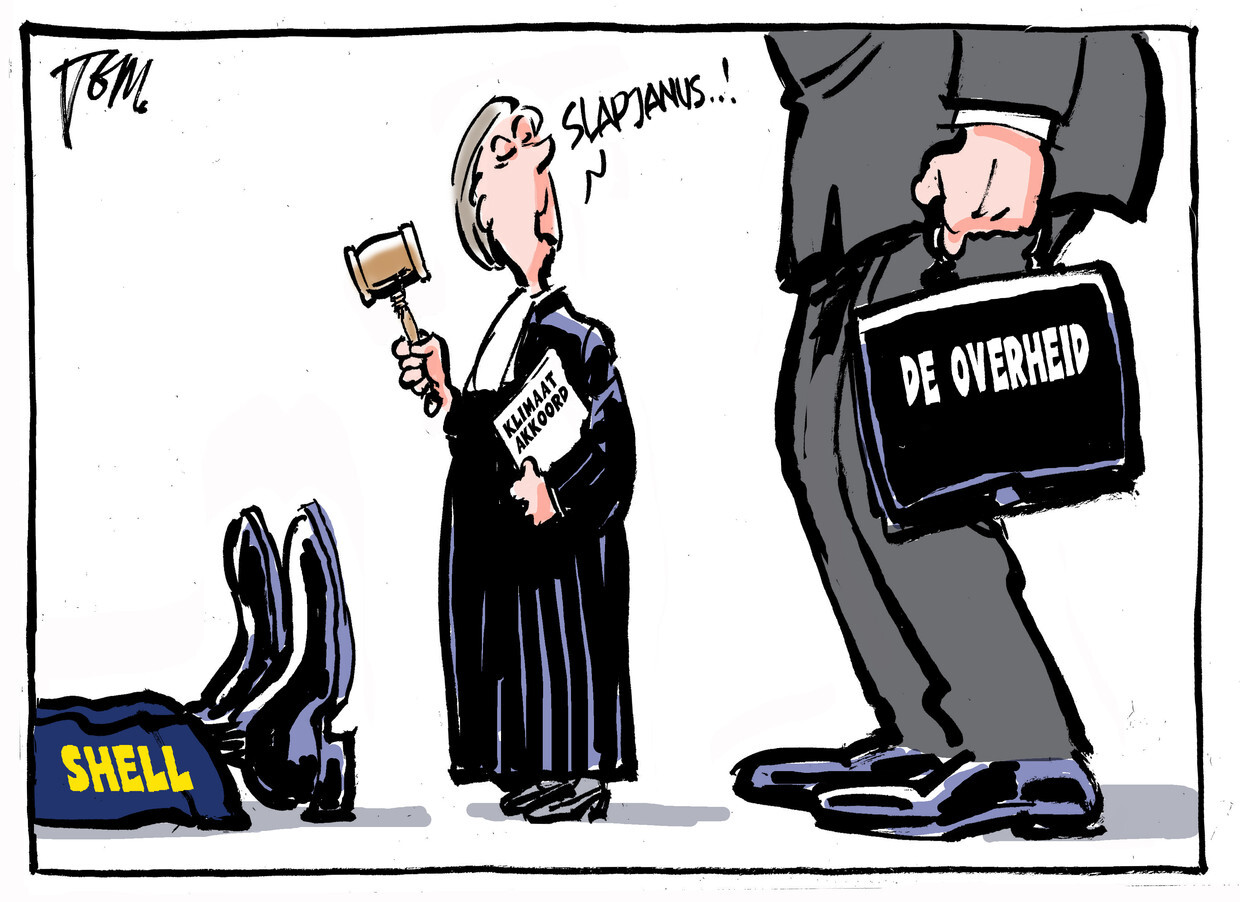 Historic victory for the Environment

On the briefcase: “the government”

On the documents: “Paris climate accords”

On Wednesday, 26 May, the oil giant Shell was ordered to cut its carbon emissions by 45% by 2030. A court in the Hague ruled that its parent company, the Royal Dutch Shell group, is also responsible for the greenhouse gas emissions of its clients and suppliers.

The ruling was the result of a case brought by environmental NGOs such as Greenpeace, ActionAid and Milieudefensie (a branch of Friends of the Earth International). The initiative called “the People vs. Shell” was launched in 2019 and was signed by more than 17,000 Dutch citizens as co-plaintiffs.

This decision could become a precedent-setting judgement in the world: “This is a landmark victory for climate justice. Our hope is that this verdict will trigger a wave of climate litigation against big polluters, to force them to stop extracting and burning fossil fuels. This result is a win for communities in the global South who face devastating climate impacts now,” says Sara Shaw of Friends of the Earth international in a press release.