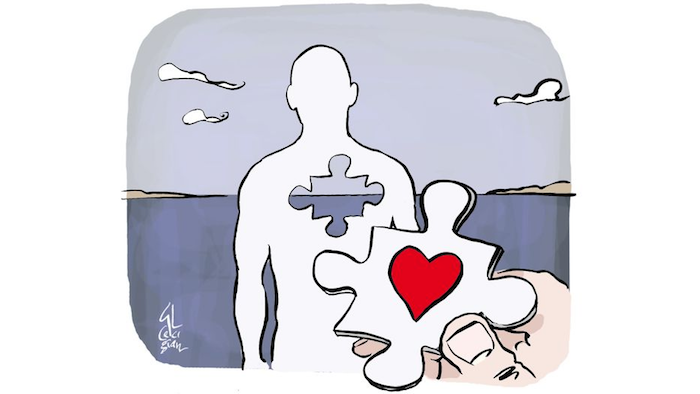 For the first time the plight of the refugees trying to reach Europe has triggered a serious and heated debate in Poland. Even though PM Ewa Kopacz admits that “we have moral obligation to take care of the refugees”, she reiterates at the same time that “we cannot afford receiving economic immigrants”. So far, the government has agreed to accept only 2,000 migrants and, along with other Central European countries like Czech Republic, Hungary, and Slovakia, opposes the idea of introducing compulsory refugees quotas proposed by the EU Commission. One of the reasons behind this cautious approach is that the immigrants’ issue has turned out to be highly controversial and polarising for the Polish public.
According to the latest Gazeta Wyborcza poll, 53 percent of Poles believe that they should welcome refugees while 44 percent are of the opposite opinion. Moreover, 32 percent said Poland should receive as few immigrants as possible.

Most mainstream commentators urge the cabinet to accept more migrants and lambast their critics, mostly right wing journalists, for failing to show solidarity with the refugees. Jacek Żakowski writes in Gazeta Wyborcza that –

The stench of Polish xenophobia spreads around Europe. It strengthens anti-Polish prejudice and will serve justifying negative attitudes against Polish needs and Polish immigrants in other countries. We haven’t scored such a painful own goal in the EU for a long time.

“Shame on you, Poland”, reads the emotional editorial in Newsweek Polska. Its editor-in-chief Tomasz Lis harshly criticises those who refuse to accept immigrants in Poland –

By opposing the idea of accepting refugees in Poland with ostentation and nonchalance, many public figures (not to mention numerous hate websites) have discredited themselves. It is pathetic egoism and intolerance dressed up as concerns about our community, security and Christian cohesion. So far, as a society and state, we have spectacularly failed the empathy, honor and the Christian values’ test.

On the other hand, opponents of the immigration, such as Tomasz Terlikowski, a Catholic columnist and editor-in-chief of the Fronda monthly magazine, appeal for sealing up Europe’s borders –

Despite the interpretation that the Western media [showing shocking pictures of a three-year-old boy’s body washed up on a beach] are trying to impose on us, this is not evidence that we should take all those coming from the Middle East or North Africa and open up our borders and absorb hundreds of thousands, and perhaps soon millions of people, among whom terrorists from ISIS may be hiding.

For Rafał Ziemkiewicz, a right wing commentator in the Do Rzeczy weekly, “the only solution of the problem of mass migration is to stop it”. He argues that –

Poland should be a tough negotiator and explain that the “European solidarity” must concern problems connected with the war in Ukraine as much as those affecting the Southern states.