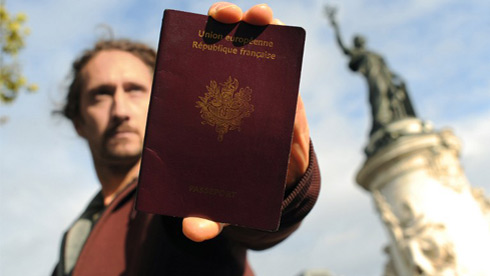 The best value passport ever

Malta’s decision to sell its citizenship for €650,000 reflects two key truths: that despite the financial crisis, a European passport remains one of world’s most sought-after, and the new reality that human capital is as much valued now as financial capital.

There are several ways that a non-EU citizen can gain an EU passport. One is for your country to join the EU, as Croatia did in July and as many people in the Ukraine would like it to do. Another is to brave the arduous crossing of the Mediterranean and hope eventually to achieve political asylum. And another is to sign a cheque.

The plan by Malta to offer citizenship for €650,000 is not a new idea. Cyprus offers a passport for €3m and we in Britain have a process where people investing upwards of £1m eventually qualify for indefinite leave to remain, which in turn leads to citizenship. Other EU countries have other procedures for giving citizenship to people they want to attract.

But the Malta plan, launched last month by the new government, is more explicit than anything yet. You will be vetted, but apparently it should be a simple enough process. The Prime Minister, Joseph Muscat, says that the plan is expected to attract “high value” individuals who will invest in the island. It is estimated that the deal will attract up to 300 people a year, and while the initial passport is just for one person, he or she can buy additional citizenship for their family at €25,000 a pop. Holders have full EU rights and can travel and work in any of the 28 member countries.

This may all seem a bit mercenary and in a way it is. But it reflects several realities of our modern world.

Malta launches race to the bottom?

A Financial Times editorial bemoans Malta’s decision to hawk its residency for money, but points out that several nations, including the UK, Greece and Portugal, offer citizenship in exchange for investment. However, the FT continues –

Malta’s action should prompt disquiet across the EU. [...] Brussels should not receive any legal power to determine what constitutes citizenship in each state. But the EU’s 28 governments should agree common standards for the allocation of passports to non-EU nationals – setting out, in particular, a minimum length of prior residency that is required. If no action is taken, EU governments will compete in a race to the bottom to see which state offers passports to rich foreign investors on the easiest terms. This can only end up strengthening the hand of those who believe that freedom of movement across the EU should be abandoned altogether.