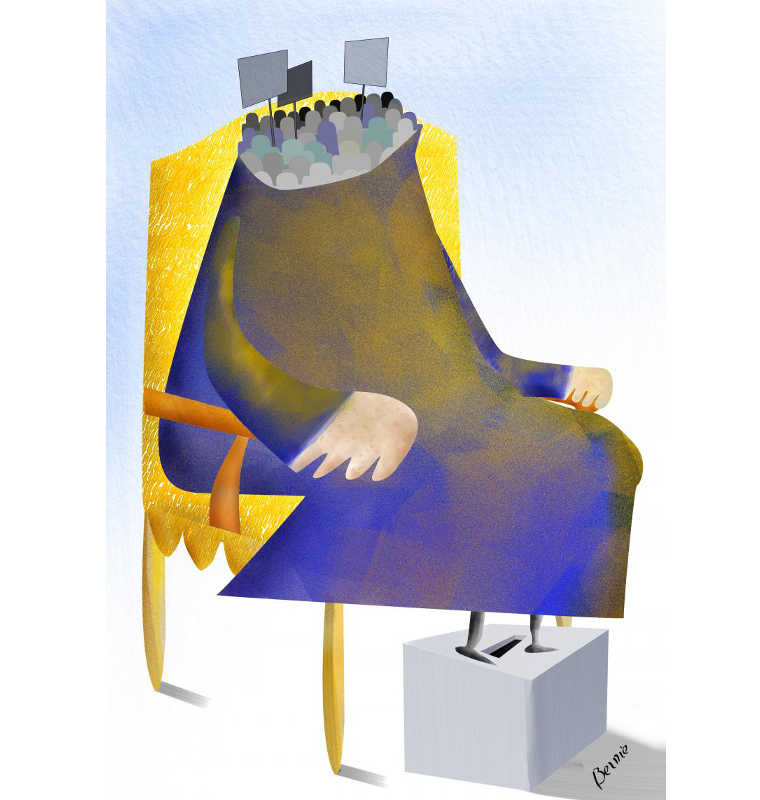 Most European citizens have never heard of the European Citizens’ Initiative

Ten years after its creation, the European Citizens' Initiative is one of the most important instruments of participatory democracy in the EU. At the same time, citizens are not aware it even exists, according to a recent poll.

The European Citizens' Initiative, or ECI, is an instrument aimed at increasing participatory democracy by enabling European citizens to influence European legislation through direct address to the Commission.

Introduced by the Treaty on European Union in 2011, it requires

More : Europe day is EU Sign Day – a democratic injection for the future of European citizens (and institutions)

Ten years is an opportunity to do a first assessment, and the ECI is not doing well.

Out of a total of 98 initiatives submitted, 76 met the criteria: only 5 out of the 76 managed to reach the end of the process (legislative conditions and a million signatures collected): "Right2water" in 2012, "Stop vivisection", "One of Us", "Stop TTIP" and "Stop glyphosate". None of these have become law.

What is the Commission's obligation? To account for its decision with a response, but it must not integrate the outcome of the ECI into a legislative process.

More : ‘We want a Europe that cares and is taken care of’

Procedure is not the only issue that complicates its action: how aware are European citizens of this tool?

A survey,  commissioned by the promoters of the EU SIGN DAY Initiative (Eumans, UBI for All, Voters Without Borders, Freedom to Share, New Europeans, Democracy International) and carried out by the YouGov platform between 28 April and 4 May 2021 questioned 5,094 European citizens residing in Germany (2,057), Italy (1,034), Finland (1,002) and Portugal (1,001) over the age of 18. The topic? Knowledge and awareness among European citizens about the ECI.

Respondents were asked if they had heard of the European Citizens' Initiative and also to tick an answer among the options provided, explaining how it works. The options are:

Overall, the results match the success of the ECI: unfortunately, the ECI is still unknown to most Europeans (in relation to the sample interviewed). Out of the total number of answers, only 8.5% of the respondents know about the existence of the ECI and only 10.8% answered the second question correctly. Crossing the two data - answer "yes" to the first question and correct answer to the second – the figure obtained is a total of 2.4 per cent.

Another problem is that the ECI does not make the news: "Between 2011 and 2017, the ECI only achieved 516 mentions in 14 countries and 84 sources, about a little less than one article per year and per average," according to a study dedicated to the ECI by the think tank Bertelsmann Stiftung in April 2018.

You can unsubscribe at anytime *
Categories
Civil SocietyEUEuropean Union