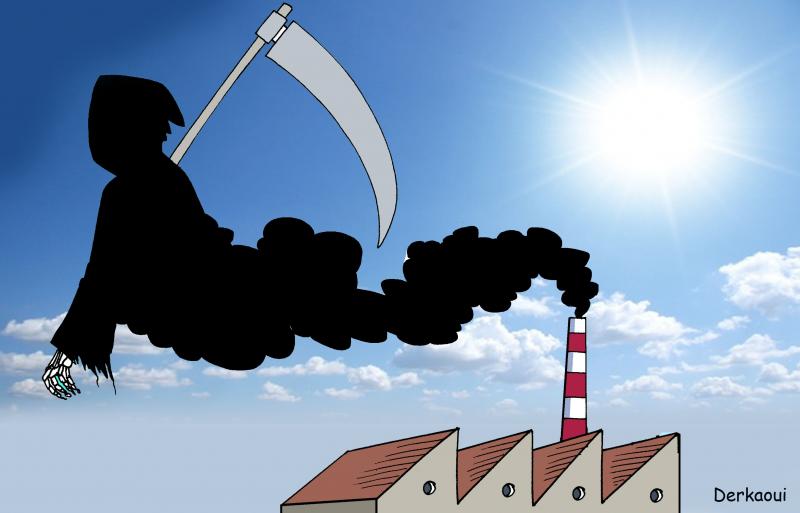 The impact of chemical pollution is too high to be ignored

Pollution is responsible for one in six deaths globally, sounding another alarm for greater care for the environment.

Pollution accounts for 9 million lost lives every year, the equivalent of London’s population, according to a study published on 18 May by the Lancet Planetary Health journal and produced under the auspices of the Global Alliance on Health and Pollution (GAHP). Pollution is responsible for one in six deaths globally, sounding another alarm for greater care for the environment.

Since the release of a first report in 2017, the overall impact of pollution has not improved.

The number of deaths attributed to pollution exceeds that of war, terrorism, malaria, HIV, tuberculosis, drugs and alcohol combined. The authors also estimate the economic impact of pollution at $4.6tn ($9m per minute).

This new study reports that the main sources of pollution have shifted. Since 2000, improvements in water supply, sanitation, antibiotics and treatments have led to a decline in the number of deaths and diseases attributable to pollution associated with extreme poverty.  However, “these decreases are completely eroded by a large rise of more modern forms of pollution induced by economic growth, industrialisation and urbanisation” deplores Indiana University’s Joe Shaw, an expert on toxic chemical pollution who co-authored the report and is also an investigator of the EU-funded PrecisionTox project.

This is however only the tip of the iceberg. “The total effects of pollution on health would undoubtedly be larger if more comprehensive health data could be generated, especially if all pathways for chemicals in the environment could be identified and analyzed” the report states. The global production of chemicals is expected to double by 2030 with about two-third of current chemical production occurring in LMICs. Only a small fraction of these chemicals has adequately been tested for safety, meaning that data are undoubtedly undercounting the impact of toxic chemical pollution.

Richard Fuller, CEO of Pure Earth, who led the report, explains “a lot of chemicals are not included in this analysis, such as mercury, PFAS, asbestos, pesticides or endocrine disruptors, due to the lack of data to assess their impact on a global scale. Many experts think that if we were to properly estimate the overall chemical burden, it would be more likely to be 4 million deaths instead of 1.8 million.”

Rachael Kupka, Executive Director of GAHP, adds “Another major concern is that a lot of these chemicals are toxic for the brain, immune system, fertility or pregnancy, and in a permanent way. Children are particularly vulnerable.” For instance, exposure to traffic and air pollution have been associated with increased mortality from COVID-19 or influenza, while lead exposure is correlated to IQ loss, increased rates of school failure, diminished economic productivity, intellectual impairment and even violence.

Despite these dramatic figures, and the obvious link between pollution, climate change and biodiversity loss, little has been done to address this major public health concern at a global level. Although growing evidence shows that pollutants can cross borders (through wind, water, food chain or consumer products), pollution is mainly addressed as a local issue.

One of the greatest challenges that we face is to gather more data on toxicants to increase the capacity of states, scientists and risk assessors, especially in LMICs, to monitor, control and address pollution. Joe Shaw said that “the precision toxicology approaches that we are developing as part of the EU-funded project PrecisionTox will help prevent deaths and diseases from modern pollution by improving methods for identifying and mapping toxic chemicals in the environment.” Most methods used to detect systemic toxicity cannot scale to the required degree to address this massive problem.

PrecisionTox gathers researchers from 15 organisations in Europe and the US to develop a new generation of test methods that will improve the capacity to identify hazards caused by chemicals. Air and chemical pollution are global threats that need urgent attention and cooperation at the international level. The researchers recommend a rapid transition away from fossil fuel to clean and renewable energy. They also call for increased funding for pollution monitoring and control from governments and donors, and for the prioritisation of pollution prevention and health protection at the national and international level, alongside climate change and biodiversity loss.