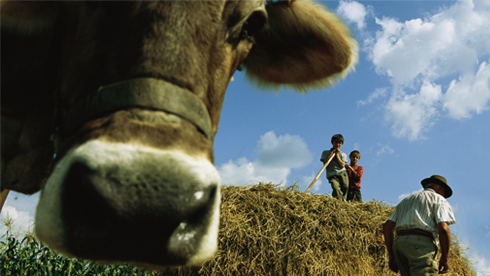 The war against the organic mafia

Fraud in the organic farming sector has become a thriving international industry made up of a complex network of companies that bears all the marks of traditional organised crime.

Earlier, in the supposedly good old days, lone farmers or traders in the organic business stooped to cheating at their worst. Here, they sprayed a little pesticide on the field; there, they mixed in a handful of conventional low-cost eggs with the pricey organic eggs. Since neither the volume nor weight changed, hardly anyone twigged.

But organic fraudsters in Italy have long passed that stage. There, bands of professionals working with a whole network of companies in different countries have recently been slapping ‘organic’ labels on vast amounts of conventional products.

In April, it was announced that the public prosecutor's office in the Adriatic town of Pesaro is investigating 23 suspected members of a counterfeiting ring. Although all are from Italy, they work in Moldova, Malta and various places around western Europe and beyond. [[The suspects even include members of the Moldovan branch of an organic inspection agency from Italy]], which should actually be on the trail of the fraudsters.

According to investigators, all of the suspects have been involved in issuing fake organic certificates for conventional foodstuffs from Moldova and Ukraine. To disguise the trail of the goods, they exploited a network of at least ten companies across different countries. The public prosecutor has already seized 1,500 tons of maize and 30 tonnes of soya in the large-scale operation tagged the Green War.

In previous cases, conventional goods were brought into the EU and relabelled there. “Now, however, the product is stamped ‘organic’ in Moldova for example, certified right on site, then exported and brought to the market,” Pesaro prosecutor Silvia Cecchi told TAZ. This ploy was meant to make it even tougher for the authorities to uncover the scam.

Large quantities, international flows of goods, a complex network of companies, corrupt supervisory bodies and notorious professionals – that’s what’s behind the term “organised crime”, as defined by the joint working group of the German judicial and police authorities in 1990. Paolo Carne Molla, President of Federbio, the umbrella organisation for organic producers, processors and distributors in Italy, also speaks candidly of “organised crime” within the organisation.

They have been able to carry on, says Carne Molla, because [[supervisors have failed time and time again to do their jobs]]. The Anti-Fraud Inspectorate in the Italian Ministry of Agriculture, for example, was headed until a few months ago by a man who is now under investigation for corruption in a different matter. That has already given rise to deep doubts about whether a resolute investigator was staffing the top desk in the supervisory authority.

So far, no suspicions have settled on the Italian ministry itself. In Moldova and Malta, things are different. Federbio chief Carne Molla finds it peculiar indeed that the imports into the EU, and hence the customs clearance and control of goods, went through Malta, where there is hardly any organic business. The investigation has been going ahead without any collaboration with the authorities there – or in Moldova, either. “We don’t know who we can trust to talk to, and we fear civil servants are involved there too.”