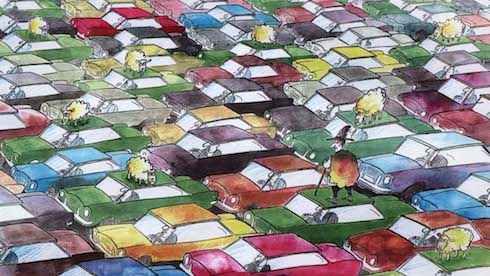 One of the characteristics of Europe is state support for cultural production and the protection of cultural heritage. Belgian theatre director Hugo de Greef says, however, it is impossible to define what in culture is specifically European.

Dilema Veche: Does Europe have a “soul”?
Hugo De Greef: Yes, without a doubt. I am part of an organisation called A Soul for Europe, whose name was inspired by Jacques Delors, who once said “Europe needs a soul.” We believe that everyone in Europe shares the same culture, that a number of links unite us. And that, today in particular, we share a similar spirit. This is what we wish to highlight. If we want to remain united, it will happen via culture, by citizens driven through culture.

How do you define European culture? What are its specific traits?
In its widest sense, culture represents a certain degree of civilisation and a set of values. These values are summarised in the preface of the Treaty of Lisbon. They are an integral part of European culture. But if you ask me to define European culture in a strict sense, I would not know how to reply. What is European in literature, film, theatre, dance, the visual arts? There are all kinds of influences, from everywhere. What is specific to Europe is the responsibility the state takes upon itself to encourage cultural production and to protect cultural heritage.

Is the current funding system in Belgium or in the EU susceptible of hampering creativity?
As far as my country is concerned, and especially in Flanders, I can say that the funding system has evolved in a wonderful way over the past fifteen years. Flanders has the greatest density of cultural institutions of any European region. There are countless sites of cultural activity, even in small villages.
[[There are vast differences in the ways of supporting culture across Europe]], however. For example, three or four years ago, there were massive job losses in the cultural sector in the Netherlands. Many philharmonic orchestras, theatres and operas were shut down when cultural budgets were cut by 40 per cent. There were even more drastic cuts in Spain. It is not censorship, but it has results similar to those of censorship, since it wipes out the opportunity to create.

In political discourse, we often hear, especially in times of crisis, that cultural spending is too high. Can culture also be profitable?
That depends on how we view the situation. Many serious studies exist that show culture is a profitable investment. For example, one study was carried out a few years ago at the request of the European Commission on the impact of culture on society, and it had surprising results. It showed there is more business activity in the cultural sector than in the automobile industry. Nearly six million Europeans, about 3 per cent of the EU population, work in the cultural industry. [[Culture has a cost, but it makes money flow, as well]].

Beyond the pragmatic perspective, what is the ideal vision? How can culture change Europe?
It is difficult to offer an idealistic view of culture. With unemployment at alarming levels, over 20 per cent in Spain, and when financiers explain with many good arguments that the euro is in danger, it is clear the real emergency is elsewhere. But I believe it is clear to everbody that culture offers a feeling of belonging.