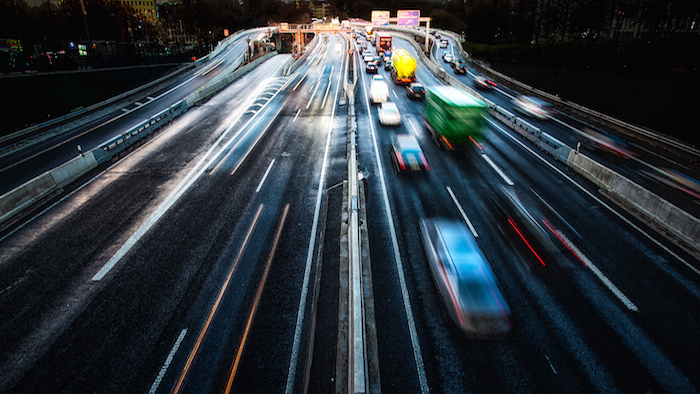 The EU will not meet its emission cut targets for 2025 if it does not tackle automobile pollution. Some countries want to set new ambitious goals, but others, starting with Germany, are strongly opposing.

The EU should set challenging new fuel efficiency targets for new cars in 2025 to reduce motoring costs for consumers and tackle climate change, according to four member countries.

Environment and transport ministers from the Netherlands, Ireland, Sweden and Finland have written to the European commission saying the new goal should be set next year.
The 2025 target for Europe’s car makers would be in addition to an existing one for new cars in 2021 to emit no more than an average of 95g CO2 per km for a manufacturer’s fleet. The average in 2014 was 123.4g CO2 per km.

“New challenging targets for 2025, accompanied by a comprehensive package to address refuelling infrastructure and other issues, will encourage a transition towards a zero-emission powertrain in passenger cars,” says the letter, which the Guardian has seen. “Such targets are essential to stimulate new innovations that develop and improve electric, hydrogen and plug-in hybrid electric vehicles.”

A cross-party group of 11 MEPs has also written to the climate and energy commissioner, Miguel Arias Cañete, calling on him to confirm that he will announce new fuel efficiency goals for the 2020s next year.

The Renault-Nissan chief Carlos Ghosn told the Guardian beginning of July that he could not predict electric vehicle production volumes until the EU, US and China showed their hand on fuel standards for 2030.

Such interventions sets the scene for a new regulation battle, in which Germany is expected to try to apply the handbrake on tough targets on behalf of car manufacturers such as BMW and Daimler.

In the last round of the fuel efficiency battle two years ago, the German chancellor, Angela Merkel, played hardball, forcing an agreed cap on emissions to be frozen and then watered-down.

This time though, several EU states are keenly aware that Europe’s moderate commitments to renewable energy and energy efficiency improvements will not deliver the 40% carbon cut that leaders have signed up to.

The car industry knows this too and has been carefully consulting with consumer and environmental advocates, in a bid to coalesce a more soft-focused opposition to carbon-cutting obligations.

The European Automobile Manufacturers Association (Acea), which represents the major car showroom players, says that it trying to build an unusually broad alliance for alternative approaches towards a 2025 target.

“There is a limit to what we can further do with technology [to reduce emissions] in the auto industry, so it is important that we involve all stakeholders for input, in order to deliver on a more ambitious climate change agenda,” a spokesman said.

A recent position paper by the group proposed cutting car pollution by fleet renewal, a greater use of biofuels, more ‘intelligent’ transport systems, and compulsory eco-driving lessons for motorists. This involves teaching drivers to change their behaviour by predicting traffic better, using the accelerator more slowly and smoothly, coming off it earlier, and never accelerating up to traffic lights.

“The evidence shows that eco-driving can have a worthwhile effect but only for a very short period,” said Greg Archer, a spokesman for the green campaign group, Transport and Environment (T&E). “Immediately afterwards, people drive more efficiently but they very quickly revert to driving in their old style.”

A recent T&E analysis found that fuel efficiency targets for 2025 and 2030 could deliver almost half of the whole transport sector’s contribution to the EU’s 2030 climate goal. Without them, swingeing fuel taxes, road tolls or radical overhauls of planning would be needed.

Car-makers though say that all the ‘low-hanging fruit’ of emissions-cutting measures has already been picked - at great expense to industry – and that any further fuel standards will depend on a switch to electric vehicles.

One EU official, speaking on condition of anonymity, described the argument as “misinformation,” because studies suggest that diesel hybrid powertrains could bring emissions down to 65g/km by 2035. “It’s complete nonsense,” the official said. “There is technical potential to improve internal combustion engines much further.”

In 2013, the commission pledged to review a 2025 fuel standard of between 68-78g/km for new cars the following year. The work has not yet been completed.