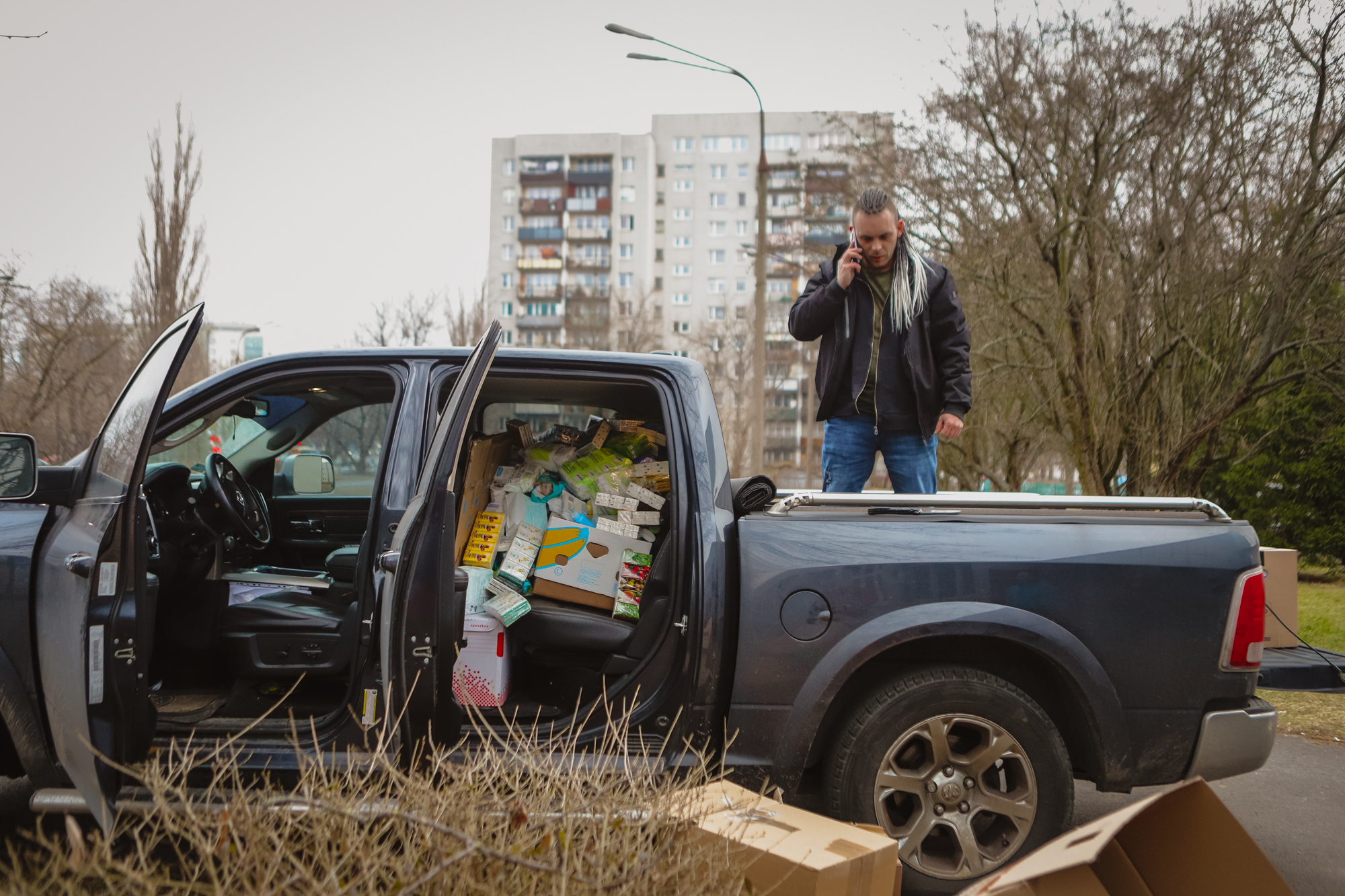 Over the last two years tens of thousands of Belarusians have left for Ukraine, Poland, Lithuania and other countries because of the regime’s persecution. The network they developed is now helping refugees coming in from Ukraine.

Belarusians abroad have developed a whole network of aid to their fellow countrymen. All these initiatives and hundreds of Belarusians are now putting their experience to good use to help Ukraine. They are going off to fight as volunteers. They are going to the front as medics, they are spending days at the border as volunteers. They are collecting and distributing tons of humanitarian aid, they are finding places for refugees to live and teaching young Ukrainians.

Meanwhile the Lukashenka regime is acknowledged to be a co-aggressor together with Russia against Ukraine. To all intents and purposes Belarus is a country under both internal and foreign occupation where any public expression of protest is punished with arrests, beatings and criminal prosecution.

The heroes of the stories included in this report and of hundreds of others all stress the importance of distinguishing the majority of Belarusians who stand firm with the Ukrainians from the minority of Lukashenka supporters, the man who lost the election in 2020 and clings on to power by violence.

One of the reception centres for refugees is situated in the village of Dołhobyczów not far from the border of Poland and Ukraine. About every fifteen minutes frontier service minibuses drive up and offload women and children.

One of the volunteers here is Aksana Bukina. On the first day of the war she asked on the chat ‘Belarusian women in Wrocław’ if anyone was prepared to help with accommodation, money or volunteering. Dozens of people responded. At the same time she posted on social media that she would help with arranging transport for refugees out of Ukraine and meeting them on the Polish side of the border.

“We got almost no sleep. I remember we got to bed at about three in the morning, and by six or seven the telephone started ringing and we had to answer. It would have been nice to switch off and have a rest, but when there are real people being bombed and they’re writing to you, looking to you for help…”

Then Aksana and a few Belarusians she knew started volunteering in the refugee reception centres. The men took unpaid leave from their work. Viktar came from Germany, others came from Wrocław, that’s seven or eight hours on the road. Aksana added that at first civilian volunteers weren’t allowed in the refugee camps.

“Our Vitaliy spent the first three days living in his car next to the camp, helping out, giving directions, finding cars – at the time refugees were just being let out of the camp: they had a rest, had something to eat, had a wash and out they went on to the road – they didn’t know the language, in a new country there was nothing for them. He simply did his volunteering out on the road. As a result the managers of the camp saw what he was doing and let him work in the refugee centres.”