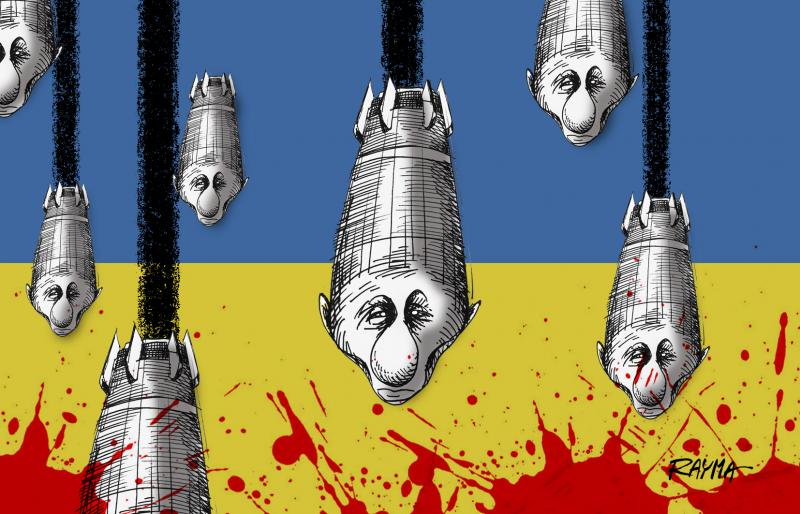 Despite the situation’s urgency, most EU member states still oppose granting Ukraine the candidate status for membership. Germany and France in particular, who share some responsibility for the ongoing crisis, are preventing a real dynamic of European solidarity from happening.

The decision to grant candidate-country status to Ukraine is a necessary step towards strategic autonomy for the European Union in that it would demonstrate resolve on the part of EU member states to move away from their essentially national strategic postures and instead adopt a common European approach. Unfortunately, the conditional aspect is required since a statement by Mario Draghi, the Italian prime minister, on 31 May: "The candidate status (of Ukraine) is contested by almost all the major EU states, I would say all of them with the exception of Italy. Candidate status at the moment is not possible because of the opposition of these countries, but to imagine a fast track is. And it seems to me that even the Commission agrees."

Major EU states, Germany and France, are proposing a fast-track path for Ukraine's accession to the EU, but they are refusing to grant it the candidate-country status that is the starting point for any accession process. An absurd situation.

These two states – Germany and France – bear a particularly heavy responsibility for the Ukrainian tragedy. It was they who vetoed Ukraine's entry into NATO in 2008. It was they again, under the tutelage of Chancellor Merkel and President Hollande, who sponsored the Minsk agreements of 15 September 2014. It was they (and Mark Rutte) who were the architects of the policy of postponing sine die any concrete prospect of Ukraine's accession to the Union, even after the Revolution of Dignity in 2014.

Germany was responsible for the political folly of Nord Stream 2, despite the fact that the countries of Central and Eastern Europe were crying out against it. France, via its national champion Total, invested enormous sums in Russia – a veritable scandal when one considers the virtual silence of the media and the foot-dragging of France's political and judicial authorities in the Margerie affair (1), even though the "accident" in which the group's president died had the hallmarks of the Russian secret services.

The central role played by the German-French condominium of connivance over the last two decades is reflected in the breakdown of arms exports to Russia since 2014, notwithstanding the embargo imposed by the EU after the annexation of Crimea in 2014. Germany and France took the lion's share: 80% of total EU exports. (2)

Not to mention the countless telephone conversations of Chancellor Scholz and President Macron with the butcher (3) of Moscow, and President Macron's ponderous insistence on the need not to humiliate Russia. As if Russia needed others to humiliate it. The rapes, including of children, the murders and tortures and other atrocities committed by Russian troops and "blessed" by the master of the Kremlin, the deportations of hundreds of thousands of Ukrainians, the massive destruction of civilian infrastructure, the countless violations of the laws of war – these are the real humiliation of the Russian people.

It will doubtless take decades for the Russian people to wash away this self-inflicted humiliation. Before that, and as soon as possible, Russia must lose the war and its army must withdraw from all Ukrainian territory.

Those in Berlin and, above all, in Paris who believed they could perpetuate their condominium of connivance, without vision and without any plan other than that of a few Pétainist accommodations with the aggressor, now for the first time face an organised opposition: 13 EU member states (4) have made it known that, in their eyes, the priority of the Union today is not treaty reform but rather the question of Ukraine, including the granting to it of candidate-country status. This is also a reminder that it is not up to the member states to define the terms and duration of EU accession. That process is entirely in the hands of the European Commission and the candidate country. The role of the Council and the European Parliament is to assess progress on the basis of the Commission's reports and, at the end of the process, to ratify or not the Commission's final assessment.

The political decision to be taken by the European Council in June 2022 is therefore crystal clear – whether or not to grant Ukraine candidate-country status. Obviously, the EU's German-French condominium has still not understood this, just as it has not taken the measure of the new development that is the emergence of a strong blocking minority within the 27.

To help make things clear to the Germans, French and other supporters of the Petainist option, the "13" and other member states would be well advised to announce now that, in the absence of a decision to grant candidate-country status to Ukraine, they will be forced to resort to the institutional practice of the empty chair (5) pioneered by General de Gaulle – in other words, they will not take part in the forthcoming summits of heads of state and government.