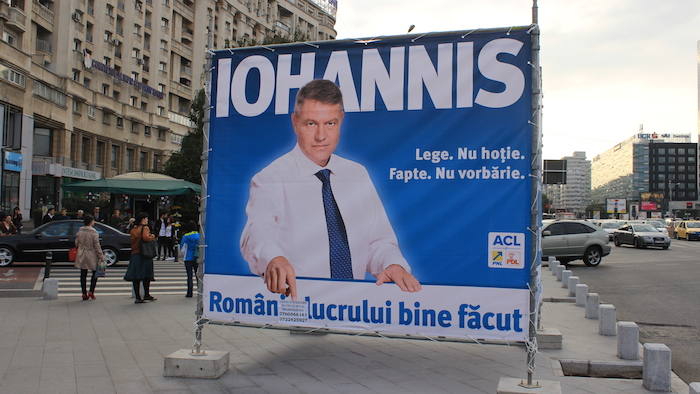 According to partial official results, the former mayor of Sibiu obtained 54.66 per cent of votes, against 45.53 per cent for his rival, Prime Minister Victor Ponta (Social Democratic Party).

a very discreet germanophone, professor of physics and mayor of Sibiu for 16 years, has the support of German chancellor Angela Merkel.

România liberă reports for its part that the vote was also marked by difficulties for Romanians abroad (nearly 3.2 million people, of whom more than 350,000 cast ballots). An inadequate number of polling divisions were created in Romanian embassies, and in certain cities, including Paris, voters had to wait up to ten hours before they could choose their candidate. The daily reports that —

Security forces had to intervene in order to break up angry crowds in Paris and Turin. In Romania, during the parties that broke out following the announcement of the result, calls began for Prime Minister Ponta to resign. For the moment, Ponta says he intends to stay. In the meantime, supporters of Iohannis sang “Santa Klaus is coming to town” in Bucharest on election night. The song began in Timișoara and then went viral.